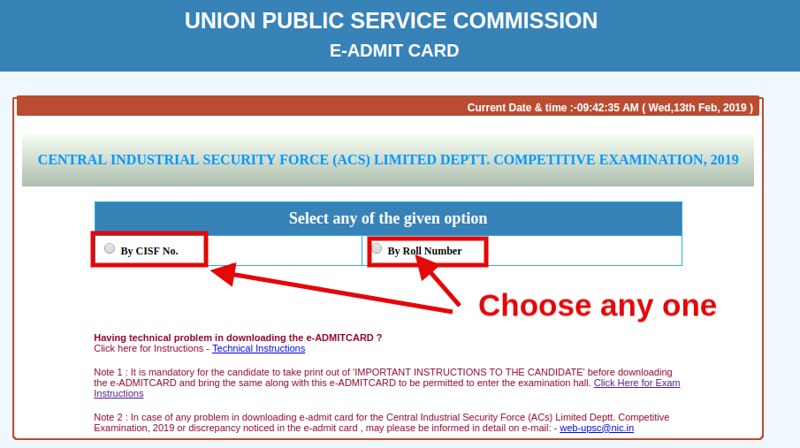 The selection of the candidates was started on December 05, 2018, with the application form commencement for 10 vacancies. The candidates registered themselves for recruitment in the stipulated time frame. The candidates who have registered in time only those have been issued an e-call letter by UPSC.

UPSC has directed the candidates to appear in the exam premises at least 20 minutes before the commencement of the exam. The entry gate will be closed 10 min before the exam.

In the examination the candidates are not allowed to carry any gadgets, mobile phones are strictly prohibited inside the premises.

The selection of the candidates is based on the written examination, followed by PET/PMT and personality test. The written examination consists of two papers, in which paper I is objective and paper II is a descriptive essay type. Paper I is of 300 marks of 150 questions, which is further divided into two parts 150 marks of each. In part, questions related to General Ability and Intelligence will be asked. In part 2 the candidates have to answer the questions related to Professional Skill (Part B).

The candidates have to mark all the answer with Balck ballpoint pen, answer marked other than this will not be evaluated.

In paper II the candidates have to write the essay in Hindi or English language but for solving comprehension and precise writing the only medium is English.

The qualifiers of the written examination have to appear in the PET/PMT which is qualifying in nautre, no marks will be awarded for the examination.  However, on failure to perform the assigned task will lead to the disqualification from the recruitment process. Later the qualified candidates will be called for the interview.