Uttar Pradesh Police Recruitment and Promotion Board (UPPRPB), released the final answer key of UP Police 2018. The answer key is available on the official website at uppbpb.gov.in, for the exam held on June 18, 19 and October 25, 26, 2018. The candidates who have appeared in the exam can check the answer key. 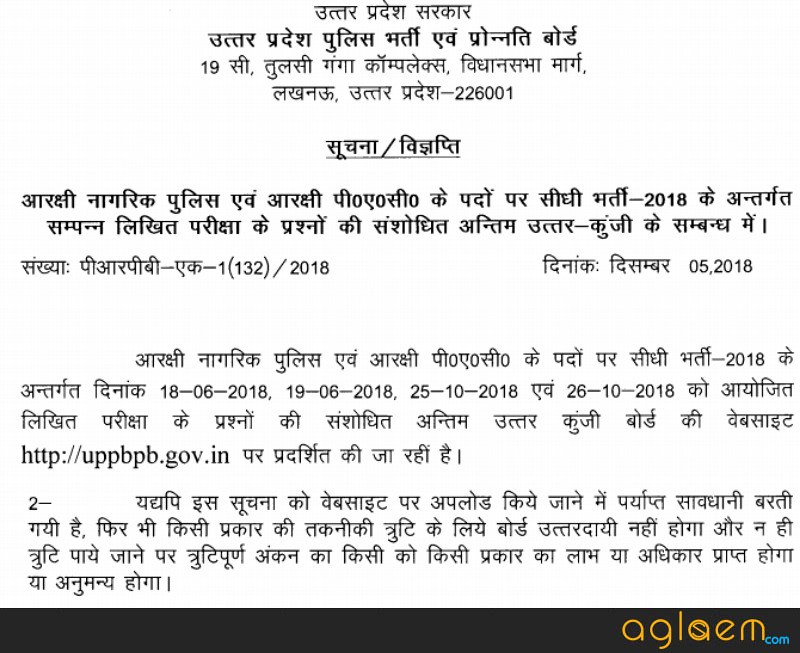 After considering objections on the preliminary key, the final answer key is released, now no objection will be entertained. With help of marking scheme and answer key, the candidates can estimate exact marks. And after the declaration of result, candidates can match their marks.

The written examination result was supposed to be released on December 04, 2018 at 02 pm. The Board provided such notice on the website, but until now, no result has been declared. But on the same day in the evening, the cut off marks have been declared, today in the afternoon the answer key released. Hence UPPPRPB has provided the result in an indirect way. The candidates can calculate the marks with answer key and can measure them with cut off marks. 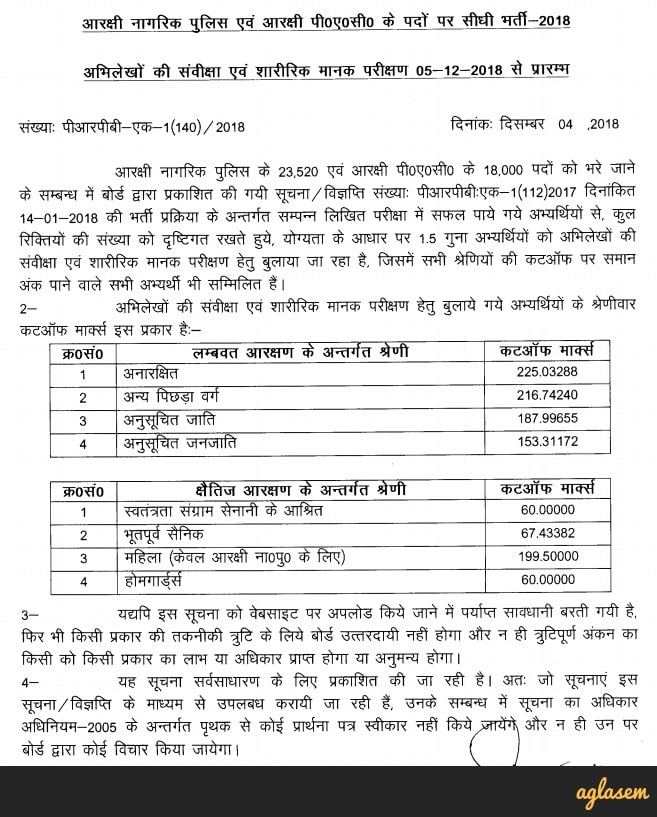