Uttar Pradesh Madhyamik Shiksha Parishad has released the result of Class 10th. The result has been released today on April 29, 2018. The students can now check their results from the official website upresults.nic.in. The overall pass percentage is 75.16%. This year, Anjali Verma who scored 96.33% have topped in the state.

Congratulation to the Topper!

Anjali Varma from Allahabad has topped the examination with 96.33%. She has done excellently by securing AAA in all the subjects. Chief Minister Yogi Adityanath has also congratulated the successful candidates. In a media address, he displayed his happiness on such good result. He also stated that the exam went out without any complaints of cheating coming from anywhere, which is not absolutely true.

The students can go to the official website. Then click on the link to check UP 10th Result 2018. Now, the students need to enter the Roll Number. After that, they can check the result and can take the printout for the future reference. 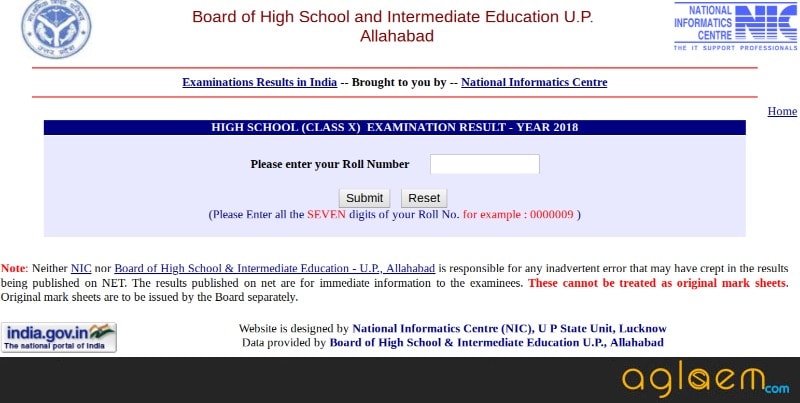 The internet copy of the result is for the reference purpose only. The students will get the original marks sheets from their respective schools only.

As per the reports, total 36,55,691 students enrolled for the exams, which were held in 128 centers. The reports also suggest that the pass percentage has declined. Last year, the total pass percentage was 81.6%. However, this year, it has decreased by almost 6% because this year it is 75.16%. In 2017, Tejaswi Devi topped the state in the 10th class exam by obtaining 95.83% marks. The topper this year, has also scored a little less in comparison to last year.

The Board of High School and Intermediate Education Uttar Pradesh is known as Uttar Pradesh Madhyamik Shiksha Parishad. It is a state government administered autonomous authority which conducts the exams for Class High School (10) and Intermediate (12). The headquarter of UPMSP is situated in Allahabad, UP. Various private and government schools are affiliated with UP board and try to provide the education within the state.