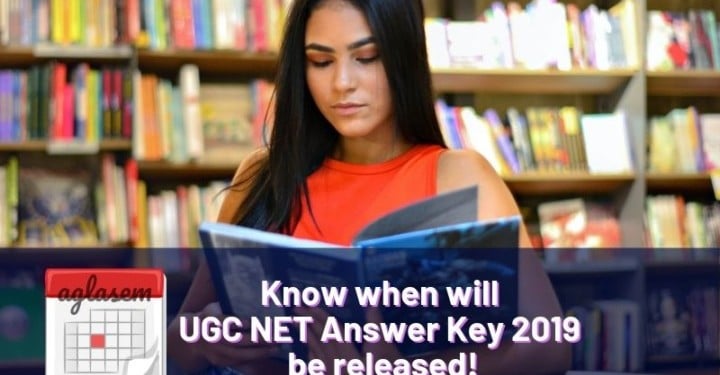 NTA caught everyone by surprise yesterday by releasing the UGC NET June 2019 question papers and responses merely two days after exam. Of course, it was a pleasant surprise. As this means that answer keys are not far away!

The million dollar question for NET aspirants now is when will UGC NET Answer Key 2019 be released. While there is no word from officials about it, there is solid logic behind expecting the answer key either today, or tomorrow, or latest by day after.

Last time when NTA held the National Eligibility Test, the question papers and responses were issued on December 26, 2018, and answer key was released on December 29, 2018. Thereafter candidates could check the answer keys until January 1, 2019, and submit challenges in the same duration.

Since answer key was released after a 3 days gap last time, therefore it should be released by July 1, 2019, this time. However you can see that the answer key has been released just two days after exam this time whereas last time it was done after seven days. Therefore, in this time’s timeline, things are happening faster than ever. Thus there are pretty high chances of the answer key releasing sooner, today or tomorrow.

Ever since NTA released UGC NET 2019 question paper and responses at ntanet.nic.in, candidates have become more eager to see answer keys. However at the moment, one can only login to download their exam date and shift’s question paper. In that question paper, they will also see the answer they had marked.

There is no notice on whether question paper and responses will be removed when answer key will be available. Nevertheless, candidates may complete the process at the earliest to avoid any inconvenience at a later stage.

For the uninitiated, UGC NET is the national level exam held for the purpose of determining eligibility for JRF and Assistant Professorship, and eligibility for Assistant Professor only. Candidates with post graduation in Humanities and Social Science appear in this exam from all over India. It is held twice a year – in June and December. June exam was held on June 20, 21, 24, 25, and 26, 2019.

Previously, CBSE used to conduct the exam. Reins of conducting this exam were handed over to newly formed National Testing Agency in December 2018. NTA has been working diligently since its inception to make exams more transparent, fair, and smooth. By releasing question papers and responses so soon, it has cut down the waiting time of candidates by half, which is a commendable improvement.

When do you think will UGC NET Answer Key 2019 be released? Let us know your views in comments below!