The Telangana SSC or Class 10 board exams were previously scheduled to begin from May 17, 2021, but were later, cancelled due to the COVID-19 pandemic. 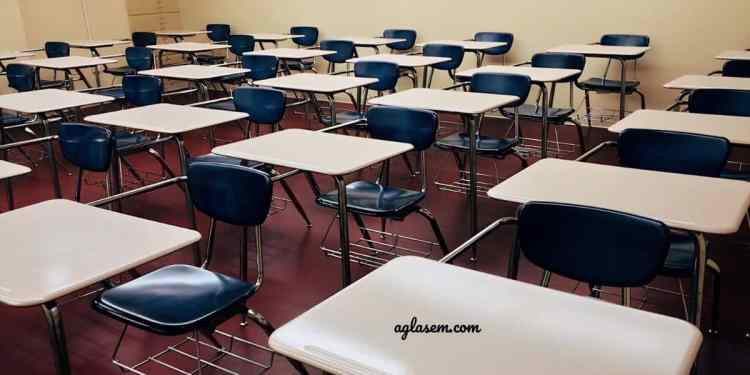 The Telangana School Education Department announced today, May 12, 2021, that all Secondary School Certificate (SSC) or Class 10 students must be promoted to Class 11. The same stance is applicable to vocational and Oriental Secondary School Certificate students as well. The state government also issued an official public notice stating that the authorities have taken cognizance of the ongoing coronavirus situation. Subsequently, they have decided to pass all Class 10 students applicable only for the current academic year.

This year, one internal assessment was conducted instead of two due to the COVID-19 pandemic. Hence, they have increased the weightage of this assessment from 20 percent to 100 percent. Thereafter, schools have been instructed to announce the Class 10 board exam results based on the decisions imposed by the state education department. The one-time measures shall be applicable to all schools including government, aided, private and unaided, and come under various arrangements.

The decision to announce the Class 10 results came after the Telangana government decided on cancelling the SSC boards exams 2021. According to previous schedule, these exams were to begin from May 17, 2021. However, the state education department released a memo clarifying that the cancellation decision comes in light of the COVID-19 pandemic prevailing in the state. The decision to cancel Class 10 boards was also influenced by CBSE’s notification issued on April 14, 2021. CBSE had also decided to cancel the Class 10 exams while postponing the Class 12 boards to a later date.

Students who have appeared for the internal assessments conducted by the respective schools within Telangana can check their results on the official website bse.telanagana.gov.in. They can also use the website results.cgg.gov.in once the state education board announces the results. They are required to enter their hall ticket number to access their results. They may take a printout of the same for future reference.

Last year, a total of 5,34,903 students studying in Class 10 were promoted last year based on the board exams which commenced from March 19, 2020. A total of 11 exams were planned to be conducted out of which only 3 were held. The remaining 8 were postponed due to the nationwide lockdown imposed in the country to control the virus spread.

This year, while all Class 10 students shall be promoted to the next standard, a firm decision on Class 12 or Inter exams is yet to be taken. While they have been postponed to a later date, a final call shall be taken in the first week of June 2021 after reviewing the situation. In case a decision is taken to conduct the exams, students shall be informed about the same 15 days prior to the commencement of examination. The state government has also promoted a total of 53,79,888 students of Classes 1 to 9 to higher standards without conducting any examination, as per reports.