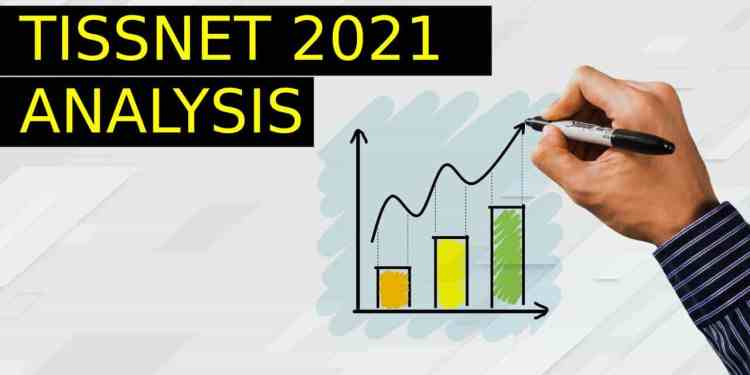 Tata Institute of Social Sciences (TISS) conducted the National Entrance Test (TISS-NET) today, on February 20, 2021. The exam was held as a computer based test from 2 pm to 3:40 pm.

There were three sections – english proficiency, mathematical and logical reasoning, general awareness. They had 30, 30, 40 questions respectively. Each question weighed 1 mark. TISSNET is one of the rare exams without negative marking.

Overall the exam was as difficult as last year. Hence there were no surprises on that front. If at all there was any difference then on a small scale, the difficulty level of GA, English were less than last time, and that of mathematics was higher.

Coming to the section wise analysis, the section on english proficiency had two paragraphs. One was on OTT, and the other was on coffee shops and their role. The OTT para based questions were more straightforward and hence scoring. The other one had more inference based questions and hence could be a deciding factor in your cut off.

English section had 10 questions on RC, 6-8 on fill in the blanks, 4 on spot the error, 4 on synonyms and antonyms, and 1-2 on logical reasoning and miscellaneous.

In the mathematics section, it is inferred that questions were mostly solve-at-a-glance type. A few needed calculations. There were 7 questions based on arithmetic, and 6 questions each on geometry, and modern math. 4 Were on data interpretation, 3 from complete the series type, 2 of algebra, and 1 on QA, directions each.

General awareness, like all TISSNET iterations, is the make or break section. The section had an even distribution between static GK and current affairs.

Answers to the questions are now available in TISSNET 2021 answer key, which have been published as a memory based resource.

The TISSNET 2021 result is expected soon. Based on it, candidates will be called for MAT/PAT, and then OPI.