In the year 2019 Staff Selection Commission (SSC) is conducting 06 big examinations and some are being conducted in multiple days and shifts. For the fair assessment of the candidate’s performance due to variations of difficulty in different shifts, SSC has decided to use the normalization method to normalize the marks in the exam. The notice for the marks normalization has been provided on the SSC’s official website at ssc.nic.in.

What is Normalization, what is the need of the method?

This can cause an unfair assessment, hence to eliminate the unfairness in the evaluation, many big exams conducting body often use this method.

It has been assumed by SSC that in multi-shift examination the distribution of ability of the candidate is the same in all shifts.

SSC has used this fundamental assumption has been explained, as the examination is being conducted on a large scale in multiple shifts. And massive participation of candidates can be seen, the allocation of examination shift to candidates is random. 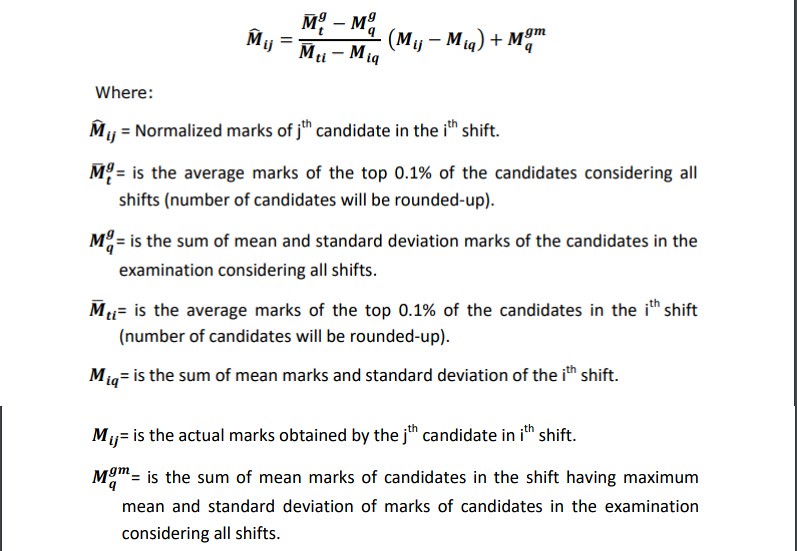 Which Exams will be affected by the process?

The SSC JE examination which will be conducted from September 23 to 27, 2019. In all above examination, while preparing the result, SSC will use the normalization method.

B.Ed 4 Year Integrated Course To Take Over Traditional 2 Year Course From Next Year

RRB NTPC 2020: These Exam Date Announcement Dates Show Number Of Days You Will Get To Prepare, Revise

Class 12 students pay attention! You can apply for JEE Main with only Mathematics, without Science