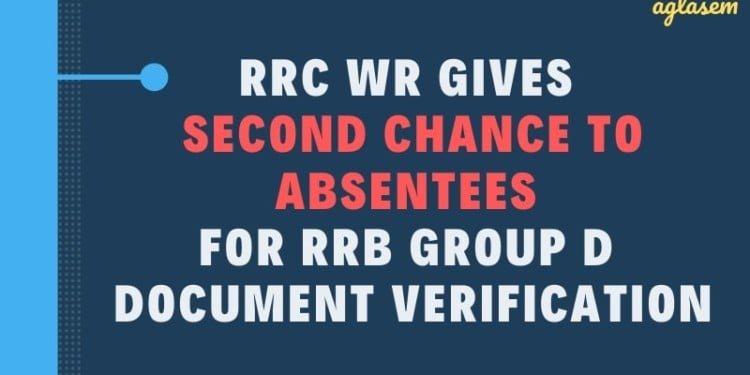 The Railway Recruitment Cell (RRC) Western Railway (WR) has released a notice for the PwD, ExSM and CCAA category candidates. Those students who were unable to appear for the document verification round which started from April 12, 2019, can still appear for it between April 25 to 27, 2019. No further chance will be given to the candidates for the document verification.

For the RRB Group D Document Verification, candidates are required to carry the original as well as two sets of self-attested photocopies of the documents at RRC Western Railway, Mumbai Office as per given in the Call Letter. The boards do not check the eligibility claims of the candidate while filling the application form. It carries out the verification process during the time of document verification. 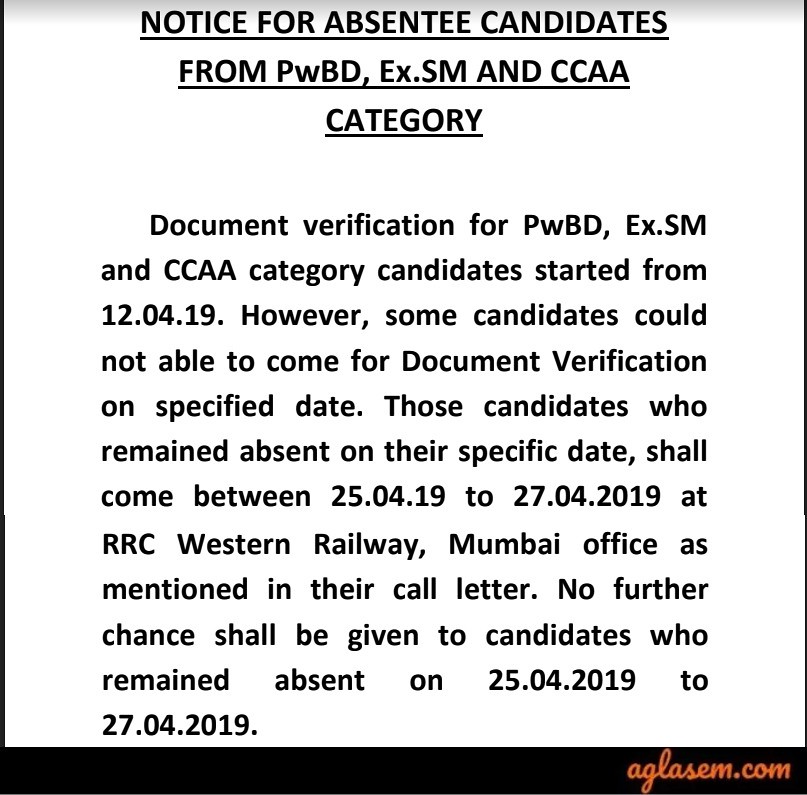 Failure of the submission of the relevant documents on the document verification day will result in the cancelation of the candidature. In case, a candidate clears all the rounds and remains absent for the DV round then he or she will not be eligible for the final appointment. The documents can be presented only in Hindi or English.

In the RRB Group D Document Verification round, if the documents are in some other language then, he or she needs to present the self-attested translated of the same for the document verification. There will also be a tie resolving criteria in case 2 or more candidates obtain equal marks. In that case, candidates of older age will be given preference over the younger one.

RRB Group D Recruitment 2018-19 is open for 62907 vacancies for the posts like helper, cook, assistant pointsman, keyman, gateman, porter, etc. The shortlisting of the candidates is done on the basis of three stages, computer-based test, physical test, and document verification. The final appointment of the candidates is done after qualifying the medical exam. Candidates clearing the medical exam will be recruited on the pay scale of 7th CPC pay matrix and will get Rs. 18000, plus allowances.