Know why there are less chances of RRB NTPC exam to be held in September. 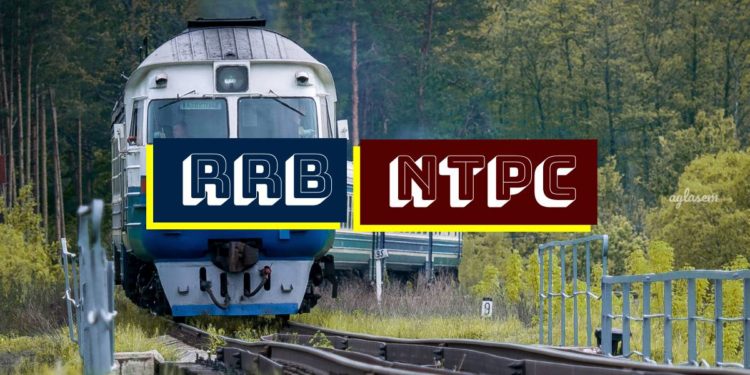 Railway Recruitment Board (RRB) will publish the exam date of RRB NTPC (CEN 01/2019) in October or later as per a recent report. The admit card, exam date details are unlikely to release in September due to the other ongoing Railway recruitment. First application status will be released, then exam date schedule will come, then exam city intimation, and then admit card will be issued a few days prior to the exam.

With candidates looking for latest updates on the RRB NTPC exam date and admit card every day, new reports come about them every hour. The latest report is that Railways is most likely to postpone the exam a little. It is not likely to hold the exam in September.

Whereas official notice to this end has not been published on any of the RRB websites, officials have seemingly stated to this effect to media outlets. Candidates had been looking forward to the RRB NTPC exam date, admit card, exam city, center update in September because the centralized employment notification stated that the computer based test will be held in June to September period. With June, July, August, over it was highly anticipated that the exam will be in September.

Is it confirmed that RRB NTPC exam date will be announced in October?

RRBs do not inform beforehand when they will announce the exam date. It is reported that the boards are only postponing the exam date and announcement thereof because of the various other recruitment activities they are involved in. Since a lot of the activities, like RRB JE CBT 2, RRB Paramedical final answer key, RRC Group D application status will get over, therefore after that the board is anticipated to hold the NTPC recruitment exam at the earliest.

Can RRB NTPC exam be held in September?

As mentioned above, since there is no official confirmation of the exam date, and that RRBs try to hold exams at the earliest, therefore if the other events get over sooner the exam can be scheduled earlier. Candidates must check official websites of RRBs regularly.

It is relevant to note that railways is indeed caught up in various different recruitment processes that are in different stages. The recruitment notifications started releasing last year. CEN 01/2018 was released for ALP and technician, CEN 02/2018 for group D, CEN 03/2018 for Junior Engineer (JE). Then CEN 01/2019 released for NTPC, CEN 02/2019 came for paramedical posts, CEN 03/2019 was for Ministerial posts, and the last one was RRC CEN 01/2019 for group D again.

RRB ALP recruitment, and RRB Group D recruitment notified last year are over as far as conduct of exams are concerned. For RRB JE, the CBT 2 will get over tomorrow and for a few centres rescheduled exam will be held in the coming days. For the paramedical recruitment, RRBs are going to announce result soon. Ministerial post recruitment is in exam date awaited stage, same as RRB NTPC. For the railway group D RRC recruitment, final application status is going to be released by September 6.

In the midst of all this, RRB NTPC recruitment is only in the nascent stages where only application form submission has been concluded.

The non technical popular categories recruitment, for 35,277 was supposed to be held between June to September this year. However ever since the application form submission ended in April, there has been no update on the exam date. In the meantime, 69 vacancies were withdrawn and now the vacancies stand at 35,208.

Editor’s notes: Candidates are advised to continue their preparations with the same gusto despite exam date postponement reports. The final decision on RRB NTPC exam date, admit card is in the hands of the board, and Ministry of Railways. Therefore government job should not slow down their preparation and be prepared for exam anytime.

ATSE 2019 Result to be announced by tonight, at atse.aglasem.com