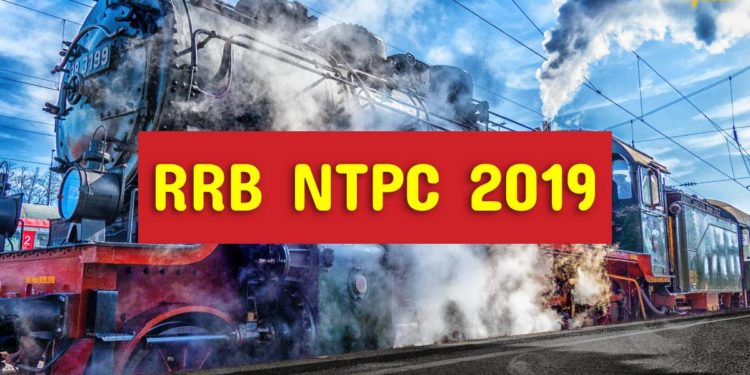 Conducting the largest recruitment drive of recent times, Railway Recruitment Board is going to soon release RRB NTPC admit card 2019, exam date, and application status after scrutiny. Candidates have been waiting since April to know these. With the major event of RRB JE result 2019 of CBT 1 being over, and now exam date and city intimation for its CBT 2 also done, RRBs are looked forward to speed up the process of issuing pending details of the Non Technical Popular Categories recruitment that it advertised through CEN 01/2019.

First the application status after scrutiny will release. Then exam dates will be announced. After that candidates will be able to login for city intimation and exam date. Thereafter admit card will be released around four days prior to exam. Lakhs of candidates are eagerly waiting for these events to happen.

RRB NTPC application status 2019 after scrutiny will be released first. It is brought to the attention of the candidates, that what they see right now upon logging in is the provisional status. There will be a final status display after scrutiny. Although this status was released two months after the registration, this is not the actual application form status.

If RRB NTPC application status 2019 is not yet available, then why do I see provisionally accepted message when I log in?

A lot of candidates are misled that the RRB NTPC application status is already available. This is what happened: Two months after applications were submitted, RRBs released a provisional status. Even now, when candidate logs in through the print application form link, they can see this message: “your online application is provisionally accepted subject to scrutiny”.

Whereas when the final status is shown, it will tell you whether your form has been accepted or rejected. If rejected, you will get a message like this, “your application has been rejected due to _.”

And if it is accepted, then the text will be like “your application is provisionally accepted”. Basically, the subject to scrutiny part will not be shown any more.

When will RRB NTPC application status 2019 be released?

As mentioned before, a fixed date has not been disclosed for the event yet. However considering that Railways complete two major events recently – one is declaration of RRB JE Result 2019 of CBT 1 on August 13, and second is issuance of RRB JE CBT 2 exam date, city intimation, free travel pass from August 18 onwards, it is highly likely that now the boards are looking into releasing the RRB NTPC admit card 2019, application status, exam date soon.

When will RRB NTPC admit card 2019 be released?

Although RRBs are yet to officially state the date for admit card release, it is interesting to analyse previous Railway Recruitment 2019 timelines and come to a conclusion.

For RRB ALP recruitment (CEN 01/2018), application form was accepted until March, and status was released in July. After that a revised status was uploaded in the same month. Then in July only, exam date, city intimation was done. Admit card was released four days before exam, and exam started on August 9.

In the case of RRB Group D (CEN 02/2018), a similar timeline was followed up until release of status. Then exam date, center, city was released in September and exam took place from September 17 onwards.

As you can see, there is no fixed pattern here for gap between last date of application and application status. However the admit card definitely released exactly four days before the exam date. Also, after releasing the application status after scrutiny, there is no saying whether there will be any revisions in the status or not like it was done in ALP and is also being done for RRC Group D.

Now the RRB JE CBT 2 exam dates are through August 28 to September 1. Railway Recruitment Boards are expected to keep this in mind while finalizing the exam date for RRB NTPC 2019, that there will be common candidates and that they will also need to time to prepare for the Non Technical Popular Categories exam. Therefore it is expected that the exam date of RRB NTPC 2019 will be after September 1, with a good gap between JE CBT 2 and itself.

However ultimate decision for questions surrounding the exam will be answered by RRBs only. Such as when will RRB NTPC admit card 2019 be released? What will be the exam date? When will application status after scrutiny be announced? What will happen to rejected applicants? Answers to all these questions are anticipated very soon.

UGC NET December 2019 Exam Date announced; NTA to conduct it from 2 to 6 December

UGC NET December 2019 Exam Date announced; NTA to conduct it from 2 to 6 December