Railway Recruitment Board (RRB) has finally released an official notification for the RRB Group D Application Status 2018 and RRB ALP / Technician Application Status 2018. Through the notification, the Indian Railway has made clear that the application form scrutiny is at the final stage and will be over by the end of July first week. Hence, candidates can expect to check their RRB Group D and ALP Application Form Status on or after 1st week of July 2018. With it, the rejection list will also be released. 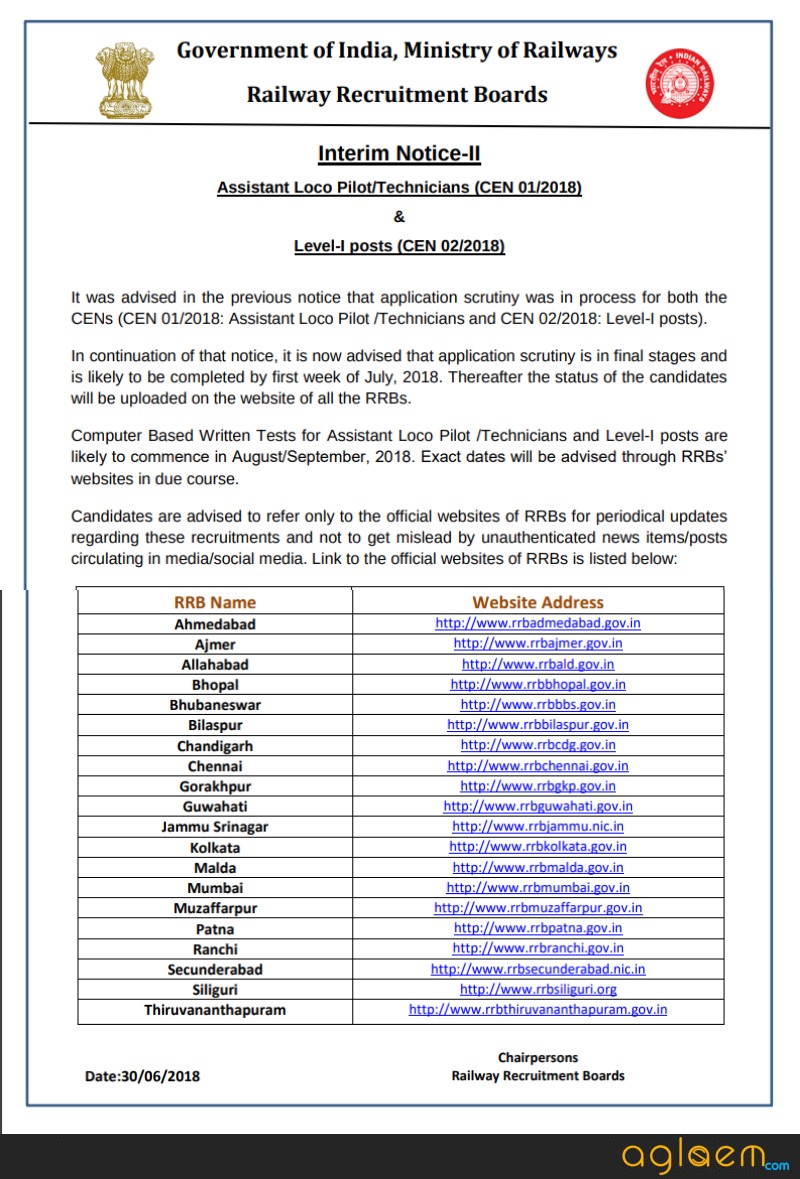 The candidates will then have to appear for the computer based test, i.e. the online examination. The CBT of Group D will be a 90 minutes exam and will have 100 MCQs. Whereas, ALP CBT will be of 60 marks and candidates will have to solve 75 MCQs. The syllabus of both consist of Mathematics, General Intelligence & Reasoning, General Science, and General Awareness on Current Affairs. The details can be checked from the image below.

Good luck to all the candidates for RRB Group D and ALP Application Status 2018. We hope you get a positive status. You ask your queries in the comment section below.