Railways on the lookout for a new agency to conduct exams. Will it affect exam dates? 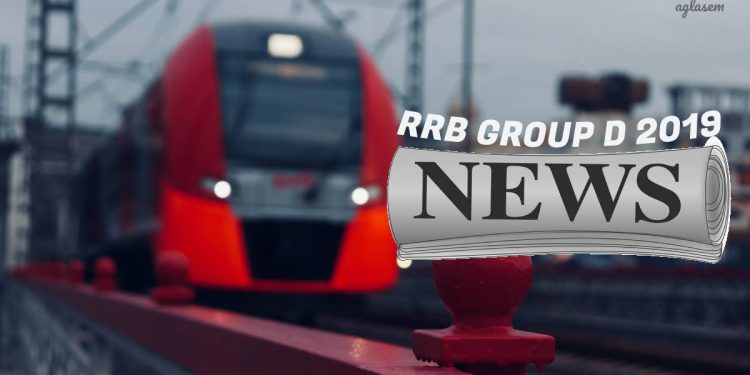 RRB Group D exam date, admit card 2019 are is not expected to come next week . The reason behind it is the notification titled “Meeting with Exam Conducting Agencies (ECA) for conduct of Computer Based Tests”. This notification was released on Tuesday, and as per it, RRBs are looking for new agencies to conduct the exams.

As per the notification, RRBs will be accepting emails from new agencies until September 23. After that the boards have proposed that they will have an interaction on September 25 with the agencies to understand their credentials and how they will conduct the computer based tests. After that RRBs will invite tenders to finalize.

Now as we know, the two most important railway recruitment for which CBTs are yet to be conducted are RRB NTPC (CEN 01/2019), and RRB Group D (RRC CEN 01/2019). If the Ministry of Railways is looking for new agencies to conduct their exams, then there are high chances it is for these two exams; though the notification does not mention that the new agency is for which exams.

If it is so, that the new agencies are being decided for RRB Group D, then exam date and admit card release will depend upon this decision. As the meeting is on September 25, and after that the boards are expected to take a few days at least to decide, therefore RRB Group D exam date, admit card 2019 are not expected next week.

So the question arises – When will RRB Group D exam date, admit card 2019 be released? Only Ministry of Railways, Government of India can answer this question.

However candidates should note that it is very important for the boards to decide a good agency so that all the issues of paper leak, exam centre chaos, technical issues are eliminated. The fate of more than 1.5 crore is in the hands of the agencies that are conducting the Railway Recruitment 2019 computer based tests.

RRBs have confirmed that exactly 1,15,67,248 candidates have applied for RRB Group D (RRC CEN 01/2019) against 1,03,769 vacancies. That means 111 government job aspirants are competing for a single seat! You have to be better than 110 people to clear this railway recruitment.

If you think that 1.15 crore is a huge number, then you may like to know that 40% more candidates had applied for the previous Railways Group D recruitment that was held against CEN 2/2018. In that recruitment, the number of applications received was 1,89,82,719 against 62,907 vacancies.

RRC Group D 2019 exam will be computer based test. Initially it was supposed to be held in the months of September and October. Now it is expected to be held in October and November. The exam dates along with the exam centers will soon be revealed. The CBT will be of 100 marks paper, containing questions from general science, mathematics, general intelligence and reasoning, general awareness and current affairs. The marks of the respective sections will be of 25, 25, 30, 20. There will be a negative marking of 1/3 marks for any incorrect answer.

The application forms of many candidates were reportedly rejected. RRBs, then decided to give further chances to those candidates by opening a link for lodging their complaints regarding the rejection of the application form. The link was active from August 17 to August 23. The final decision of the complaints received was intimidated to the candidates via email and SMS on September 6. Now all candidates know that whether their form was accepted or rejected. Only those candidates whose forms are provisionally accepted will get their admit cards.

Railway Recruitment has recently released the result of RRB Paramedical Exam 2019 along with a score card, cut off marks. The exam of paramedical was held in June 19, 20, 21. The qualifying candidates will now have to undergo a document verification (DV) round and medical fitness tests. The list for the candidates qualified for document verification round is out in a pdf format, containing the roll number of the candidate, post name, dates for DV and reporting time.

UP NHM CHO Result announced; Know how to check and meaning of remarks