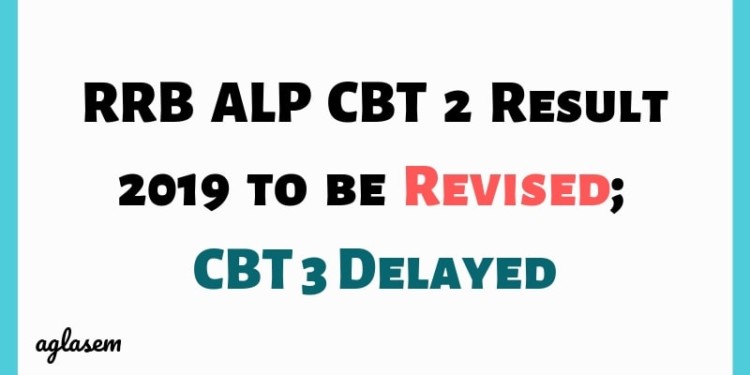 The Railway Recruitment Board (RRB) has released a notice today, 12 April 2019 regarding the revised result of the CBT 2. However, the board has not announced the new date for the result to be declared. Also, CBT stage 3 which was scheduled to be held on April 16, 2019, has now been delayed.

RRB has specified the reason for canceling the result. Along with the CBT 2 result, the final answer key will also be declared. When the result was published on April 05, 2019, several representations have been received by the RRB related to the answer key, score, normalization of marks, etc. Hence, it has been decided by the Board that the result will be released again. Check the official notice. 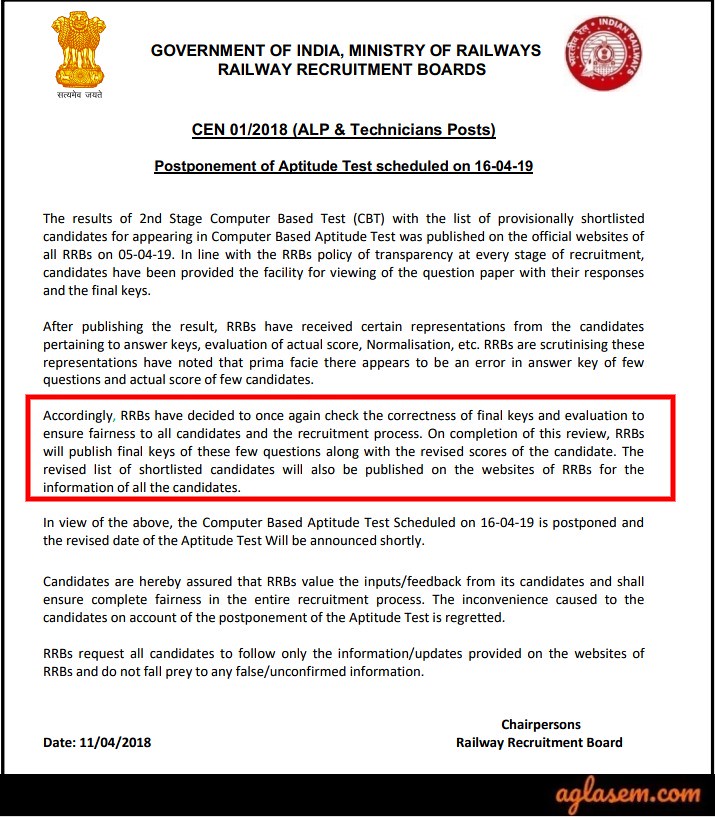 With this, the RRB ALP stage 3 has also been delayed. The new exam dates for stage 3 has not been announced yet. Earlier also, RRB released the revised result of CBT 1. And again, for RRB ALP CBT 2, it will be released.

The CBT 3 comprises of five sections by the name of test batteries. The subjects from which questions are asked is Memory Test Battery, Depth Perception Test Battery, Concentration Test Battery, Perceptual Speed Test Battery, and Following Directions Test Battery. To qualify the CBT stage 3, candidates need to secure 42 marks in each test battery. The question in this round is asked only in English or Hindi. Also, there is no negative marking in the test.

Those candidates obtaining the cutoff marks will only be shortlisted for the document verification. it is mandatory for the candidates to produce Vision Certificate to appear for the test. In case a candidate fails to carry the certificate then, he or she will not be allowed to sit for the examination.

RRB ALP CEN 01/2018 Recruitment is open for 64371 vacancies. Out of which 27795 are for Loco Pilot  (LP) and 36576 are for the post of Technician. The selection of the candidates is done on the basis of CBT 1, CBT 2, Aptitude Test followed by the Document Verification. The final appointment of the candidates will be as per the medical examination.