Register For NDA 2 SSB Within 2 Weeks At joinindianarmy.nic.in As the Union Public Service Commission (UPSC) has announced the NDA 2 2018 Result so from yesterday (November 30, 2018) registration window for the SSB interview has been made active. Within 02 weeks of the declaration of written result candidates have to register themselves from the official website i.e. joinindianarmy.nic.in.

In the declared result, it has been also announced that the qualifiers of UPSC NDA 2 2018, will have to apply online for SSB interview. The candidates who will successfully register those will be allotted Selection Centers for the SSB interview. It might be possible that mail will be sent to the candidate’s registered e-mail ID. At the time of Interview, the shortlisted candidates will have to submit original certificates (Age and Educational Qualification certificates) to respective Service Selection Boards (SSBs). It is expected that the SSB test and Interview will be conducted in the month of January to April 2019.

The UPSC NDA Result 2018 for the written examination which was held on September 09, 2018 has been declared at the UPSC official website i.e. http://www.upsc.gov.in. The result is containing the name of the qualified candidates only.

After the successful conduction of the interview cut off marks for NDA 2 2018 will be decided and revealed. Till then the candidates can see the previous year cut off marks details from below. 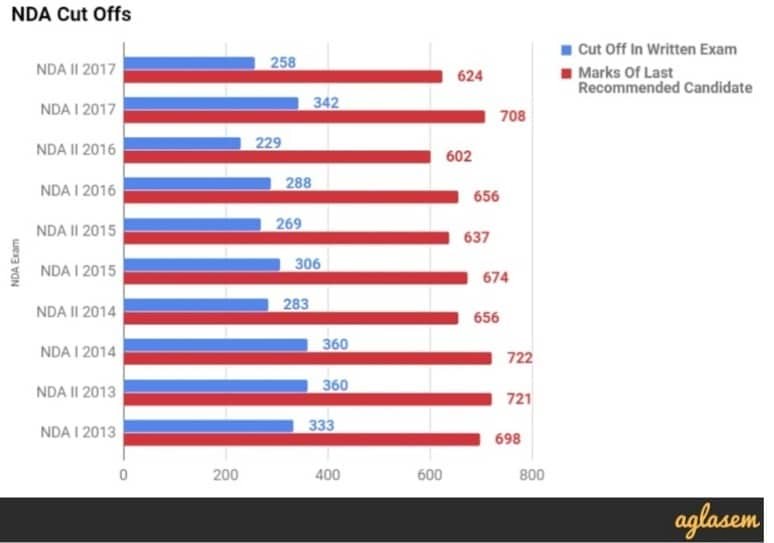 It has been estimated that the Final Result may be declared in the month of May 2019. After concluding SSB Interviews the mark-sheets of the candidates will be uploaded at the official website within fifteen days from the date of declaration of the final result. Till 30 day days, mark sheet will be made available at the site.

About NDA – National Defence Academy (NDA) includes the three forces that are Navy, Army, and Air Force. Union Public Service Commission (UPSC) conducts the NDA examination twice in a year. UPSC conducts the NDA written examination and interview is conducted by the Services Selection Board (SSB).