The new dates of the examination are going to be intimidated to the candidates through SMS & E-mail. Also, free travel pass will also be provided to the candidates to appear at the allotted test center. Candidates must note that no information has been received regarding the re-issuing of the admit card. 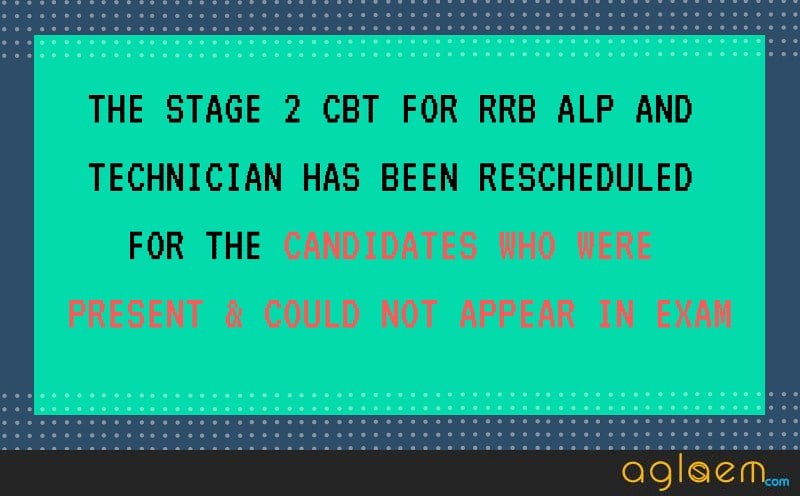 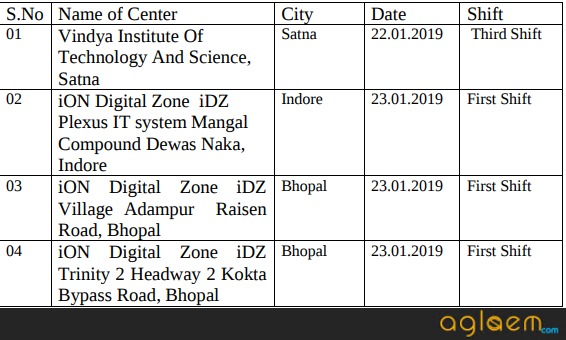 Railway Recruitment Board (RRB) has released a total of 64,371 posts for both ALP and technicians. The selection of the candidates will be based on the 2 staged process. Candidates who will clear both the rounds will be eligible to appear for Computer-Based Aptitude Test (AT) – only for the ALP aspirants.

Let us look at the RRB ALP CBT 2 Exam Pattern to be familiar with the pattern of examination. CBT stage 2 consist of 2 parts, Part A and Part B. The number of questions is going to be 100 and 75 in Part A and B respectively. The examination will be of 2 Hours 30 Minutes. In Part A, questions are going to be asked from Mathematics, General Intelligence and Reasoning, General Science, General Awareness and Current Affairs. The question in Part B will be pertaining to trade syllabus prescribed by the Director General of Employment & Training (DGET).

In order to clear the exam candidates also have to obtain the qualifying marks to be eligible for the Computer-Based aptitude test. Candidates belonging to different categories are required to qualify Part A by securing minimum eligibility percentage like UR-40%, OBC-30%, SC-30%, ST-25%. In Part B, candidates belonging to both reserved and unreserved category have to obtain 35% marks. It is mandatory for the candidates to qualify Part B, CBT stage 2 exam in order to be eligible for the further round of recruitment.