And now, this time Punjab Board. There is a delay in the result of the Punjab board of class 10th. Punjab School of Education Board (PSEB) has decided to conduct the re-exam of those subjects which are canceled due to some issues. Now, the students have to appear for the exams which are going to start the next week of April.

Punjab School Education Board (PSEB) has released the press note regarding the same in the Punjabi language. It states that the exams will start from April 17, 2018 and it will continue till April 20, 2018. The board also released the datesheet in the pdf format of the re-exams. 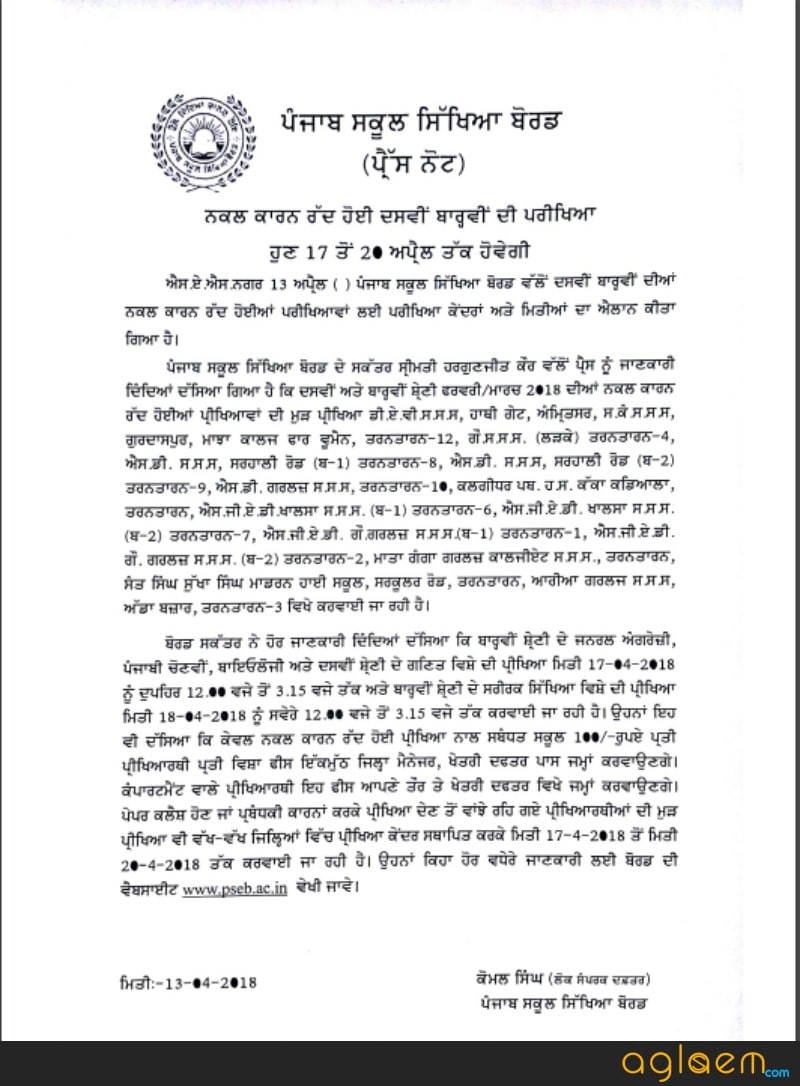 Here is the datesheet for the students of class 10th from Punjab Board.

On April 17 there is an examination of subjects- Maths, Science, Punjab Culture, History, Music voice, Home Science, and Agriculture.

On April 18- English, Tailoring, and Stitching and Health Science. 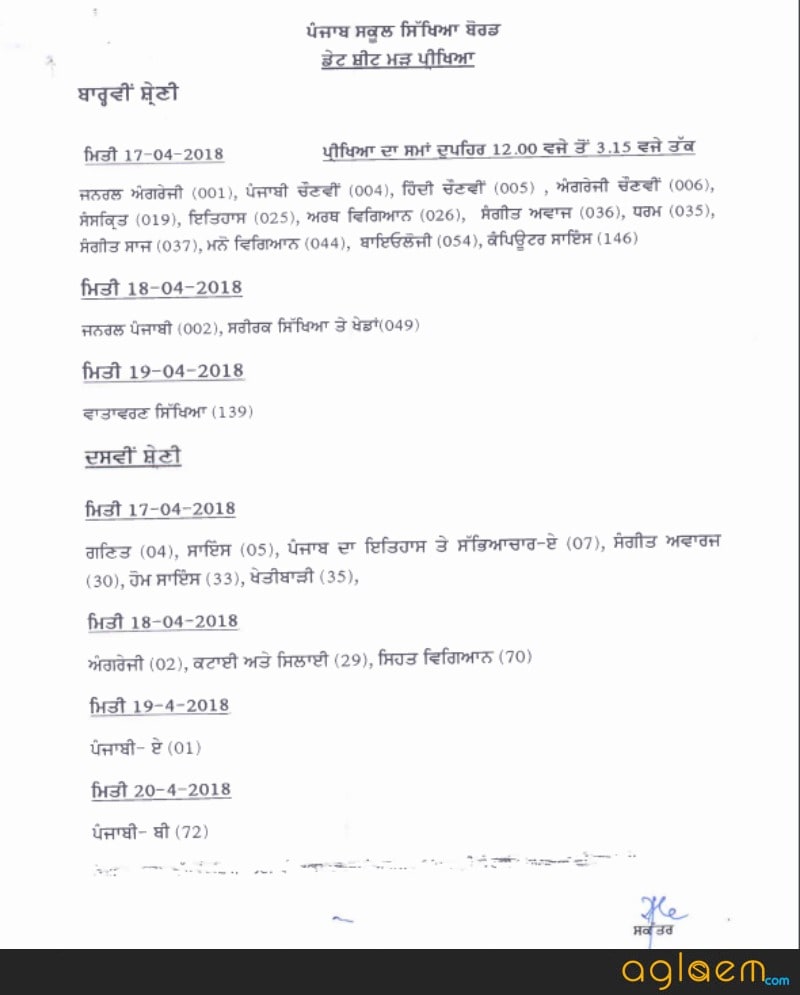 This not only happens to the 10th class students. The same thing is to happen to the students of class 12th. The board has also decided to conduct the re-exam for class 12th from the same date as of class 10th.

The cancellation of the papers of class 10th and class 12th is due to the reason of leaking of question papers. This would definitely affect the entire schedule of the board and the effect can be seen on the result. It is delayed due to the re-examination.

The cancellation of papers and the re-examination somehow disturb the students to some extent. But we advised to all students that don’t. think too much about what has happened and give your best for the examination.

All the Best Guys! If you have any query regarding the same please let us know and comment in the box provided below.

Little or no marks moderation this year in CBSE or any other board | No Marks Moderation in Boards, CBSE and State Boards Mark Clear