OSSC JE Mains admit card 2019 has been released. Download now for exam to be held on August 25. 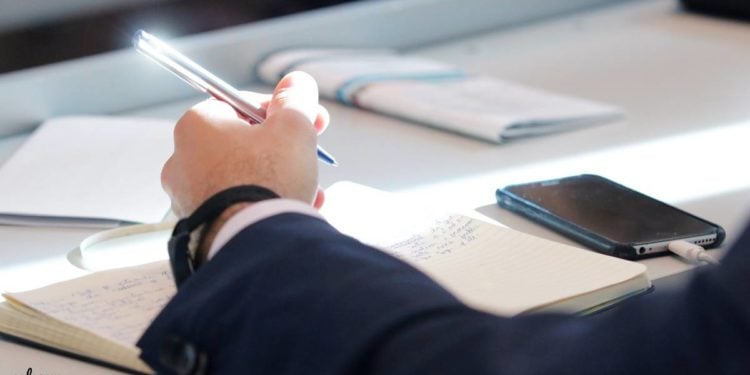 Odisha Staff Selection Commission has issued admit card for Junior Engineer (Electrical) main written exam at online.odishassc.in. The exam is scheduled to be held on August 25, that is the upcoming Sunday. Candidates have three days time to check out their exam centers and make necessary arrangements for exam day.

Whereas the date for admit card issuance was notified through a short notification a few days ago, candidates have also received an SMS informing them that admit card has been released. The message received says ”download admission letter from online.odishassc.in to appear in the main written examination of JE (Electrical) 2016 on 25.08.2019 from 10 am to 11.30 am”.

Now, candidates who are eligible for the written exam, need to visit online.odishassc.in and login using user ID and password. This leads to admit card download. It is however to be noted that admit card is issued only for those candidates whose applications were accepted.

OSSC had, with the JE Electrical recruitment 2019 mains exam date and admit card date notification, published a list of rejected candidates. The major reasons for rejection were non submission of DAF, exam fee deposited in wrong head of account. A total of 2,672 candidates stood rejected.

The OSSC JE 2019 mains exam will be held on Sunday from 10 am to 11.30 am in one sitting. It will be a technical paper in pen and paper mode, wherein candidates will have to mark answers in an OMR sheet. The paper will be of 100 marks.

Odisha Staff Selection Commission had published advertisement number IIE-97/2016/2703/OSSC on August 6, 2016. It is more than three years after the first notification appearing that the mains exam for the recruitment is being conducted.

The recruitment carries 70 vacancies, divided among categories as UR with 35 vacancies, SC with 11, ST with 16, SEBC with 8. Out of the total vacancies, women candidates have 24. Junior Engineer will be recruited under the office of the engineer-in-chief electricty-cum-principal chief electrical inspector, Odisha, Bhubaneswar.

Recently OSSC also extended the last date for uploading certificates and documents in the e-form for Revenue Inspector and Amin 2014, from August 20, 2019 to September 05, 2019. Also the commission has announced that the written exam for the post of Geologist / Geophysicist / Mining officers in group A of Odisha Mining and Geology Service under steel and mines department will be held on September 8, 2019. It will be held at Cuttack.

OSSC Junior Engineer mains exam will be conducted in Bhubaneswar only. The commission updates the latest news of the recruitment at ossc.gov.in.

The state government of Odisha constitute Odisha Staff Selection Commission in the year 1993. It is responsible for selection process of various posts in the state. The commission regularly posts advertisements via newspapers and online, to publicize vacancies and conducts recruitment tests for government job seekers in the state of Odisha.

National Gallery of Modern Art opens vacancies for Curator, PRO and other posts

National Gallery of Modern Art opens vacancies for Curator, PRO and other posts