Supreme Court seeks responses from the Medical Counselling Committee on a plea filed by MDS aspirants seeking a direction to MCC to release counselling schedule for the MDS admissions. 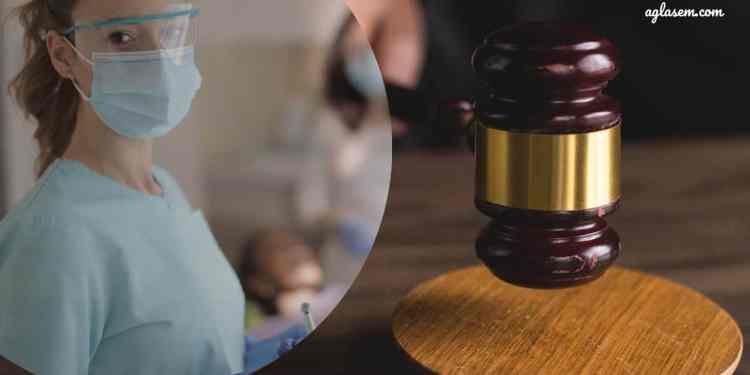 A division bench of the Supreme Court led by Justice DY Chandrachud and Justice MR Shah on Friday heard the Dental Graduates’ plea. The bench after hearing the petition issued a notice to the central government and other stakeholders, including MCC & Dental Council of India.

The plea said that BDS doctors are challenging the unjust and infinite delay caused by the MCC in announcing the counselling schedule for NEET-MDS, 2021.

“Issue an appropriate writ, order or direction…to direct the Respondent No.1 (MCC) to release the counselling date at the earliest, but in any event, no later than three weeks,” it added. The apex court adjourned the plea for the next hearing to take place on July 12.

The National Eligibility Entrance Test – Master of Dental Surgery (NEET-MDS) 2021 was held on December 16, 2020. The result of the examination was declared on December 31, 2021.

Around 30,000 interns and dentists appeared for the exam. Post declaration of the results, BDS graduates have been continuously waiting for the notice pertaining to the Counselling and admission process to commence. Medical Counselling Committee on the other end is yet to release a final schedule of Counselling.

The petitioners have also sought directions to conduct separate counselling for the NEET-PG 2021 as students will get less time to make arrangements. They argued that NEET PG and NEET-MDS counselling should not go together as there could be fewer possibilities of preparation.

Read Also: NEET 2021: How To Stay Sane As Chaos Reigns? Preparation, College Survey and More Constructive Things To Do

According to the MDS aspirants, the counselling process is to be held in online mode and Committee should not have any issue in conducting it. Terming the delay in releasing counselling dates as unjust and unreasonable, the plea stated that it is also going against the Regulations of the MDS Course that mandates the academic session should commence from May 01, under no circumstances be delayed beyond May 31.

The Association of Oral & Maxillofacial Surgeons India (AOMSI) writing a letter to the Union Health Minister Dr. Harsha Vardhan Singh requested him to look into the matter.