Home » NEET and Other Exams Rescheduled Due to Fani Cylcone; Check List of Exams Here

NEET and Other Exams Rescheduled Due to Fani Cylcone; Check List of Exams Here 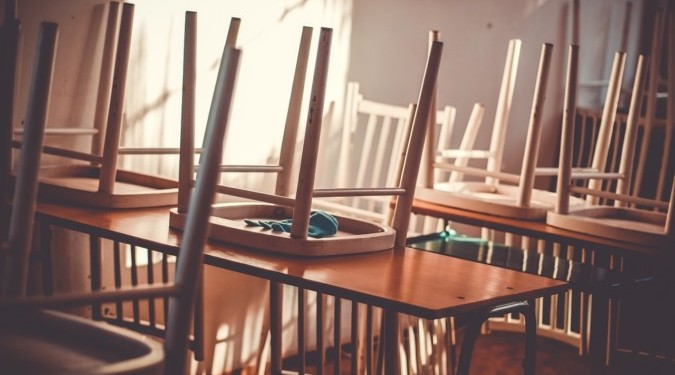 As per the latest newspaper reports, the National Students’ Union of India (NSUI) Goa President, Ahraz Mulla has written a letter to the President, Prime Minister and Union HRD Ministry requesting them to postpone NEET 2019 exam, in view of difficulties faced by students due to cyclone ‘Fani’ in Tamil Nadu, Andhra Pradesh and Odisha.

Many entrance exams have been canceled due to cyclone Fani. Forecast by the Joint Typhoon Warning Center (JTWC) of the United States Navy, The wind speed before landfall would be about 175 kmph and pass through Jagatsinghpur, Cuttack (Niali), Jajpur, Bhadrak, Balasore and Mayurbhanj districts before going to West Bengal.

Another important medical entrance exam which has been postponed is AIIMS PG 2019 entrance test. All India Institute of Medical Sciences (AIIMS) Delhi has notified that it has canceled the exam to be conducted at the exam center in Bhubaneshwar, at which the exam was supposed to be held on May 06, 2019.

Preparing for either NEET, AIIMS or any other entrance exam requires a lot of concentration and dedication. The cyclone FANI that has reached the coastal belt of East India has created destruction, with no power supply and other unavailability of other basic needs, hence, making it near impossible for students to prepare for any kind of tests.

In the letter sent by NSUI Goa President, “The students have dedicated 2 years to clear this test, but due to the cyclone it would not be right to conduct this test for the entire country considering the fact that it is an All India Exam with admission based on merit”.

Not only entrance exams, but semester exams have also been postponed. Biju Patnaik University of Technology (BPUT) has postponed the timetable of semester examinations today due to the extremely severe cyclonic storm ‘FANI’ in Odisha. The exams were scheduled to be held on May 02 to 04, 2019. However, the exam has now been postponed and shifted to May 25 to 28, 2019. The examinations were to be held in 164 colleges of BPUT.

Another University which has canceled their exam is Utkal University. The examinations were scheduled to be held from May 02 to 04, 2019, which has now been postponed. The re-examination dates have not yet been announced by the University. It will be notified when the cyclone is over. 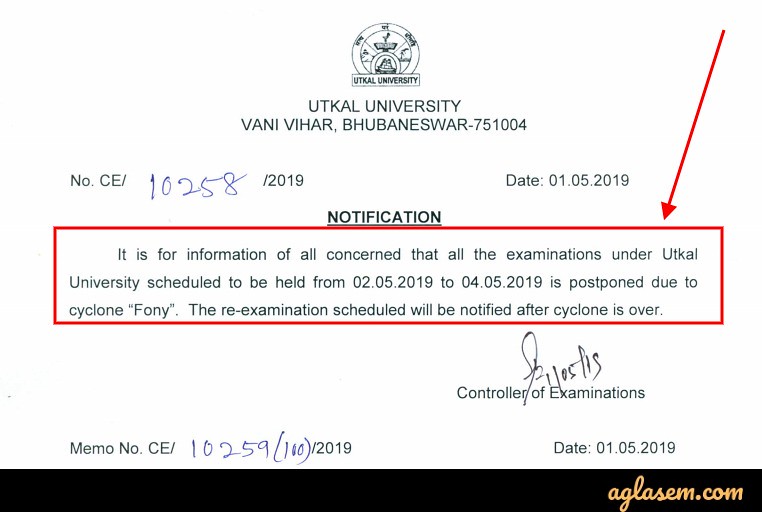 One of another important exam which has been rescheduled is Higher Secondary Certificate (HSC) examinations to be conducted in Bangladesh. Prof Muhammad Ziaul Haque, the inter-board coordination subcommittee chief, has announced that the government has suspended all board exams. The HSC exam for Mathematics (First paper) and Islamic Studies (First paper) that were earlier scheduled to be held on the morning of Saturday, will now be held on May 14, 2019. Similarly, the Home Economics (First paper) is going to be held on May 14, 2019, from 2:00 PM to 4:00 PM.

The HSC and its equivalent examinations began on April 01, 2019 and will end until May 11, 2019. As per the reports, around 1,138,747 candidates are taking part in the exams under eight general education boards of the country.

What are your views for rescheduling the exam date for NEET 2019 due to #fanicylcone? Do let us know in the comment section below.

NEET 2019 Dress Code and Important Instructions; NTA to Go Ahead Conducting NEET on 5 May

NEET 2019 Dress Code and Important Instructions; NTA to Go Ahead Conducting NEET on 5 May