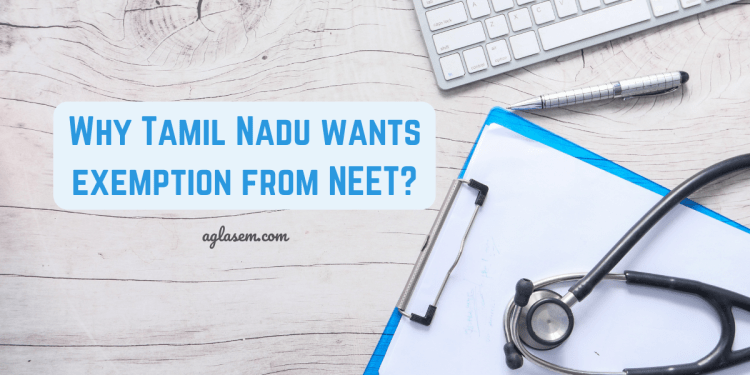 Amid the rising demands for NEET 2022 schedule, the Cheif Minister of Tamil Nadu MK Stalin put forth an unusual demand before Prime Minister Narendra Modi. As per the demand, PM Modi must take into account the state’s request for exemption from NEET for admission to medical colleges. Currently, the National Eligibility Entrance Test (NEET) is the only exam being conducted on a nationwide level for admission to medical courses including MBBS, BDS, physiotherapy, etc.

The demand came on Wednesday, January 13, 2022, when PM Modi was in the process of inaugurating the launch of 11 new medical colleges in Tamil Nadu. This inauguration was done through the virtual mode. It was during this period that CM Stalin stated that admission is an important aspect of the state’s overall healthcare system. So, with the intent of protecting the infrastructure, TN has been consistently demanding an exemption from NEET. He, thereafter, appealed to the central government to accept this exemption.

While reiterating the demands for exemption, CM Stalin also submitted a memorandum to Union Health Minister Mansukh Mandaviya. In the memorandum, it stated that students in the state may be allowed to seek admission for medical courses with their Class 12 marks alone. This criterion is supposed, applicable for MBBS, BDS, and AYUSH courses. In addition to admission criteria, the central government should also expedite the establishment of AIIMS Madurai. Similarly, a new AIIMS must also be constructed at Coimbatore.

The demand for exemption from NEET 2022 by the Tamil Nadu state government doesn’t come as a surprise. In fact, Tamil Nadu is one of the few states to have consistently protested for exemption from this eligibility test. Only last year, when NEET was marred by controversy, students across the state were protesting against the exam.

While the demand in isolation seems unusual, only the future will decide the outcome. As per several reports, the National Testing Agency (NTA) is soon going to announce the NEET 2022 schedule. Along with this, students are also waiting for the central government to respond to this exemption demand.