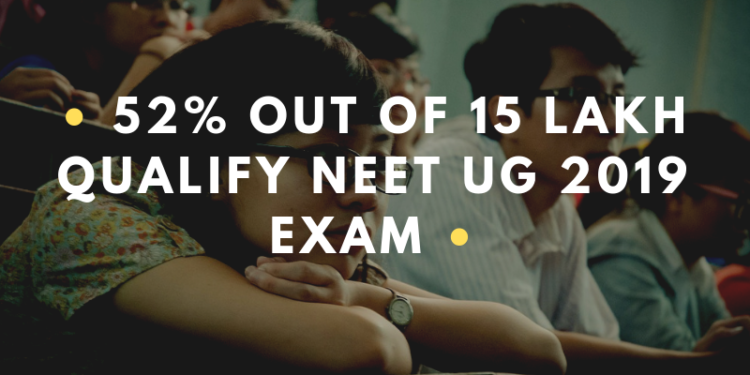 Now, that the NEET 2019 Result has been declared, an All India merit list has been prepared in percentile determined on the basis of highest marks secured in the entrance exam. This year, a total of 1519375 number of candidates appeared for the test. There has been a 14.52% increase in the registration in comparison to the previous year. 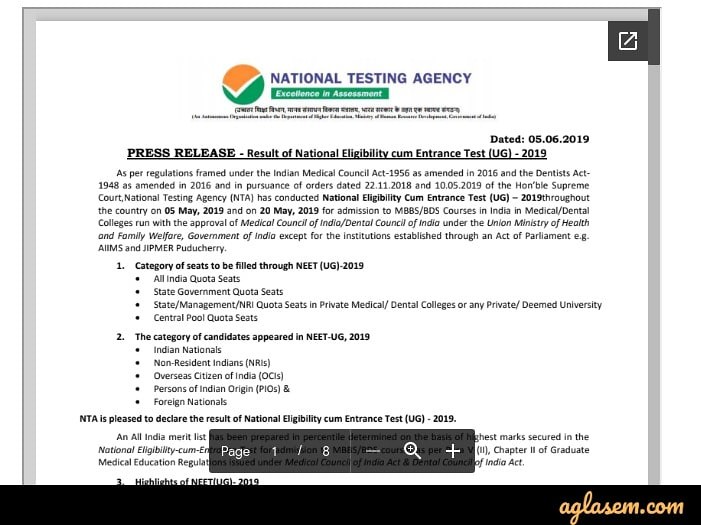 NTA also notified that 04 candidates were identified using unfair practices in the examination. Hence, the result for such candidate has been canceled and they have been debarred from appearing in the Medical Entrance Examination conducted by NTA as per rule.

The Directorate General of Health Services (DGHS), Government of India will now conduct the Counselling for 15% All India Quota (AIQ) Seats, Deemed Universities, Central Universities, Seats of ESIC and AFMC, BHU & AMU. The counselling schedule and process will be published online at the official website of MCC, mcc.nic.in.

For State quota and other seats falling under the ambit of States, candidates may apply to their domicile states and merit list as per State rules and based on All India Rank prepared by concerned Counselling Authorities. NEET 2019 counselling for Private Medical Colleges will also be conducted by the concerned State Counselling Authority.