NEET 2019 In Offline Mode, Once A Year; Check These Major Changes NEET 2019 will be held in offline mode only once a year. The complete schedule of the new NEET 2019 is out. As per it, the date of exam is 05 May 2019. Registration for the national level medical entrance exam will start on 01 November 2018. Important: NEET 2019 Complete Details!

Candidates who wish to appear in the NEET 2019 must fill and submit the application form by the last date that is 30 November 2018. It may be noted here that earlier two schedules were released for form filling, one was for the NEET 2019 February exam and other was for the May exam. Since now there will be only one exam, so registration will also be one time.

Thereafter, those who apply will be able to download admit card of NEET 2019 from 15 April 2019. This will be more than two weeks prior to the entrance test. This will give candidates ample time to be aware of their exam centre and make appropriate arrangements for the same. This year the MHRD has reportedly assured that candidates will not get very far off centres.

Instead of holding the exam twice, from 03 to 17 February and 12 to 26 May, the NEET 2019 will only be once that is on 05 May 2019. The dates have been reported as of now only on prominent news networks. NTA is looked forward to update these dates on official website soon.

Moreover it is also informed that the result of single day NEET 2019 will be announced on 05 June 2019. The schedule is almost completely similar to the last year’s exam schedule wherein exam was held on the first Sunday of May and result announced in beginning of June. 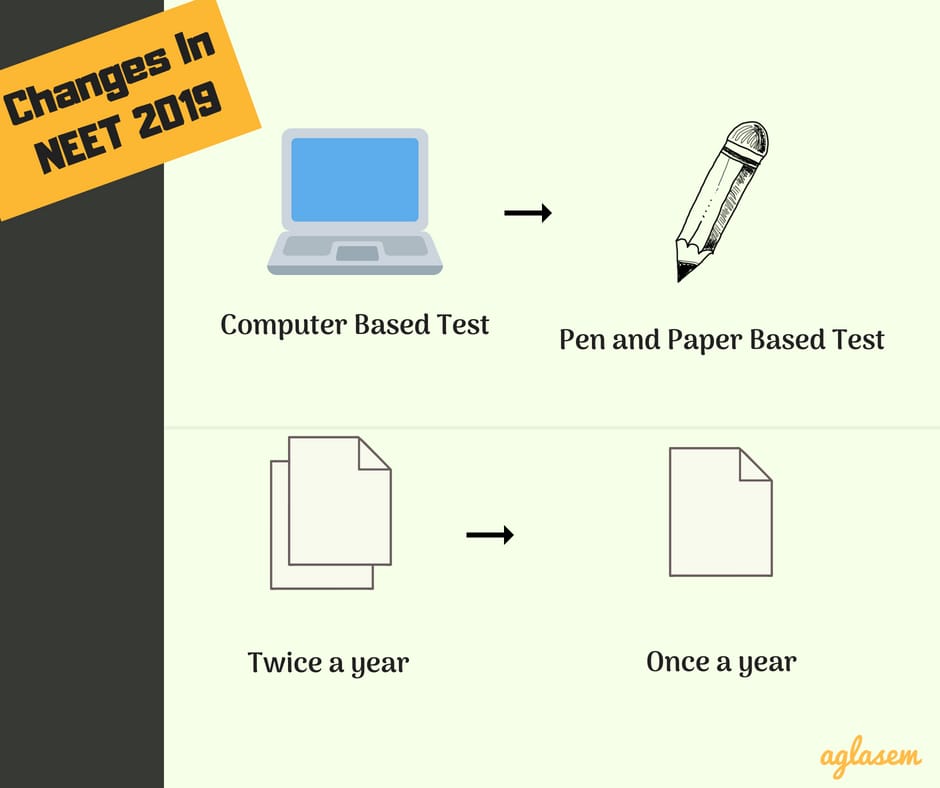 NEET 2019 will be held on the first Sunday of the month of May in the year 2019. Once again, candidates will get one attempt in a year. Although it isn’t clear yet whether the same system will continue next year or not. This will put candidates for NEET 2020 in confusion yet again.

Earlier this year, in the month of July, MHRD minister Prakash Javadekar had announced that the all India medical entrance exam NEET will be held twice and in computer based test mode from the year 2019 onwards. The schedule was also published at new official website of NTA that is nta.ac.in. However on August 10 it was reported that the Ministry of Health had asked the Ministry of Human Resources Development to reconsider their decision because it will put rural students in a fix who do not have easy access to technology, and also class 12 students will have to appear in too many exams. Following that, it has now been reported today, at 6 PM via news networks, that NEET 2019 changes will roll back. New rules that were supposed to apply to the exam will now be cancelled.

This news on NEET 2019 being conducted once a year again in offline mode might be upsetting to a large group of students who were looking forward to twice a year exam to get two chances. On the other hand, many were initially not happy with the sudden changes and wanted the exam to continue in the same mode for at least a year. What are your views on this? Let us know in the comments below.