MCC, in regards to NEET 2018, has updated on its official website mcc.nic.in that Nagpur Bench of Bombay High Court has adjourned PIL no 87/2018 to 31 July 2018. This implies that there is no scope for NEET 2018 Counselling to resume before this date. The postponement has been done so that respondents including CBSE, DGHS can respond to the affidavit. As per another report, WP 3885/2018 has also been adjourned to 30 July. Lakhs of students who are waiting eagerly for second round of counselling have been left in a limbo.

When a case is adjourned, its hearing is put on hold until next date given for hearing. In this case of NEET 2018 Counselling, the adjournment was done by the Honbl High Court of Bombay since it was requested by the respondents to give a reply.

Justices Bhushan Dharmadhikari and Zaka Haq, on 26 July 2018, adjourned hearing both petitions to Monday to grant a last chance to respondents. Respondents in this case are Director General of Health Services (DGHS), Centre and State Government. However it was added that OBC quota hearing will be on Tuesday. 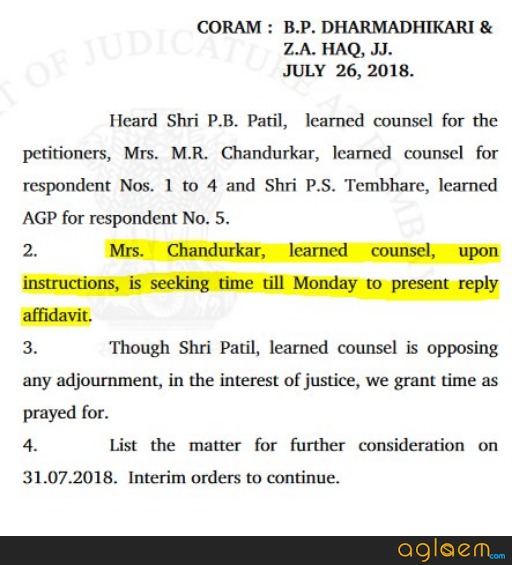 Hon’ble High Court of Bombay Nagpur Bench has adjourned the PIL No. 87/2018 to 31.07.2018. This is what the latest update on mcc.nic.in says. While on one hand students wait, without any definite end in sight, for All India Quota counselling to start again, on the other hand state quota counsellings are also on hold. 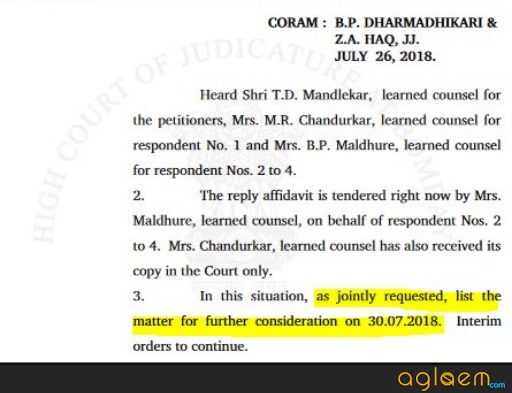 Second round of counselling which was scheduled this week in several states for admission to MBBS / BDS curses (state / management quota) against vacant seats have been postponed. States have notified that they will update dates for second round counselling as and when counselling process of All India Quota seats resumes.

In Karnataka, the last date for option entry has been extended to 29 July. Kerala has postponed second round stating that its date will be published in some time.

In Maharashtra, the counselling was on hold also because of its case on eligibility criteria. That has been cleared up now; now it has been stated by court that candidate should have studied SSC, HSC and also have domicile certificate to avail 85% state quota.

In Punjab, a notice was uploaded to the effect that first round results are also subject to final outcome of hearings.

Uttar Pradesh NEET counselling is also on hold as per its latest notification. The state is looking forward for final decisions of the court as per which All India counselling will happen.