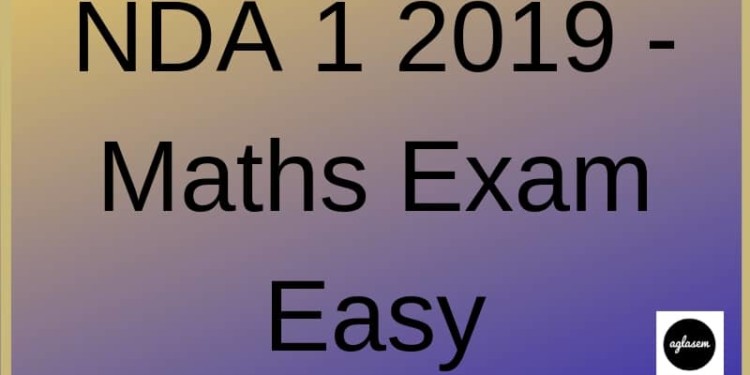 Union Public Services Commission (UPSC) has conducted Maths paper for NDA 2019. The exam got over at 12:30 p.m and candidates came out of the centre by 12:35 pm. The students mostly seemed satisfied with the exam, as it was easier. Students who were appearing for the exam 2nd or 3rd time were of the notion that the NDA 2019 was easier than the exam last year.

Students who appeared for the exam were found the question related to trigonometry and calculus a bit challenging. The formula-based questions in probability were time consuming for some. When asked about the difficulty level, the students rated question paper 7 out of 10.

As per the analysis, it has been found that this year it may be possible that the cut off marks of NDA 1 2019 go higher. The cut off marks for NDA is released with the final result. However, as per the previous year data, for the written examination, these are between 200 to 300. There is also subject wise cut off in the exam. In the past years, it has been between 25% to 30%.

As the mathematics paper is over so now the unofficial  NDA 1 answer key of the same will be released within a few hours. From the answer, key candidates can estimate correct scores by following the marking scheme.

The paper II (General Ability Test) will commence at 2:00 p.m and it will over at 4:30 pm. The candidates must reach the examination center before 1:50 p.m because after that those will be not allowed to enter the examination center. The GAT paper will be divided into two parts namely; part 1 and part 2. In part 1 question related to the English subject will be asked and in part 2 question related to general knowledge (G.K) will be asked. In the general knowledge section questions related to physics, chemistry, general science, history, geography, and current events will be asked.