The official website for checking the result is not responding well. This may be happening because of a large number of people are accessing the result website. If the page is not loading, wait for 5 minutes and then refresh the page again.

To check the result, the candidates need to enter details such as their Roll Number and Date of Birth. The Vyapam Patwari Examinations 2018, was held from December 09 to 31, 2017 and the re-examination took place on January 10, 2018. The recruitment exam has been held to fill 9235 posts. 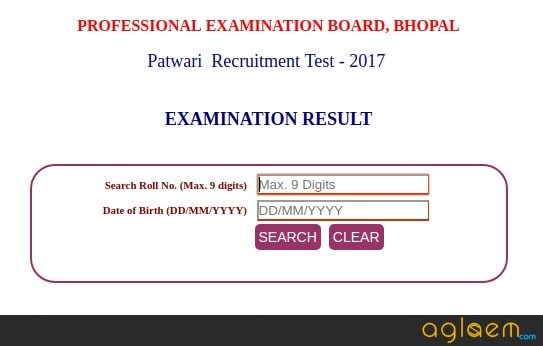 To qualify the exam, the candidates from General Category need to obtain 50%, while, SC/ ST/ PWD/ OBC candidates must secure 40%. Only those candidates who have obtained marks equal to or greater than the cut off will be declared as “Qualified”.

On the basis of the candidate’s performance in the test, the Board will prepare a merit list which includes the name of the qualifiers only. The selected candidates will be allotted a District on the basis of choice filled in the Application form and the Merit.

If the given number of posts are not filled, the Board shall conduct 03 rounds of Counselling to fill the vacancies. Other than the merit list, the Board also prepares a Waiting List, in which 15% of the candidates will be placed. The waiting list will be valid for 18 months and will be provided to each district. 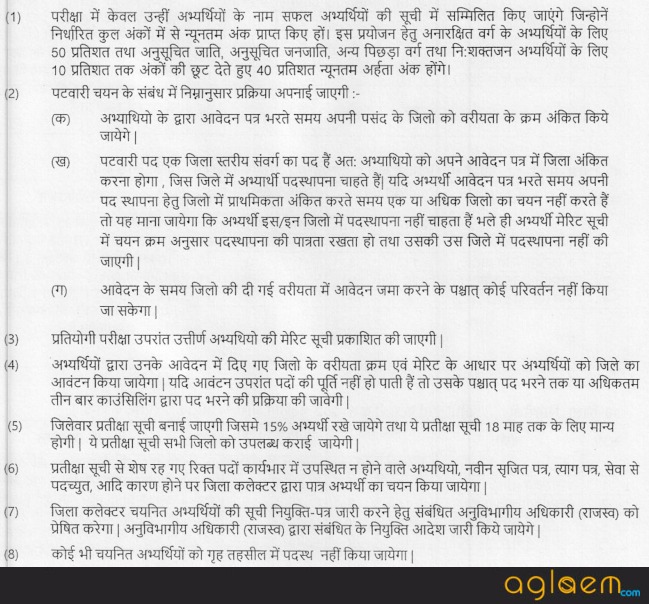 UPSC CDS I 2018 Result Announced; 8261 Candidates will be Called for SSB