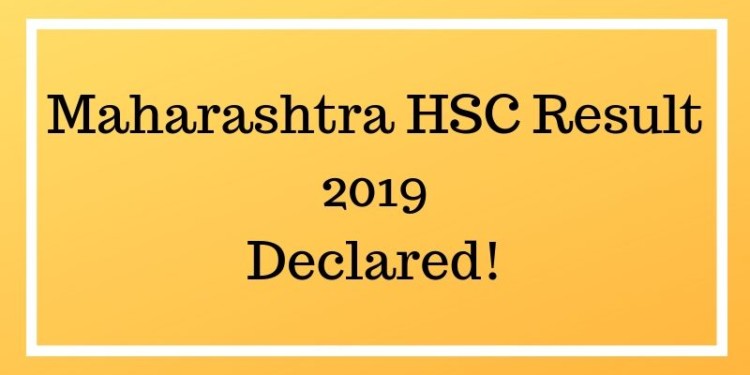 Maharashtra HSC (class 12th) Result 2019 has been announced today, May 28 at 11:00 am through a press conference. At 1:00 pm the board has made the availability of the result on its official website. Maharashtra Board has released the class 12th Result for the year 2019 on its site- mahresult.nic.in. As per the reports, 85.58% is the overall passing percentage of the students of class 12th which is slightly less as compared to the last year.

The Girls of the state has scored more marks as compared to the boys. The girls of the state attain 90.25%. While the boys attained 82.40%. Here we have the district toppers too. The Konkan district has topped the 2019 exams with 93.30%. While the Nagpur district scored the lowest percentage. If we analyze the overall passing percentage then this year the students of class 12th able to score 85.58%. While last year the overall passing percentage was 88.41%.

This year more than 14 lakhs students have appeared for the class 12th examinations. Out of which around 8,42,919 were boys and 6,48,151 were girls. Maharashtra Board has released the result for the Science, Commerce, and Arts stream simultaneously. All the Desired students just need to enter the roll number and the mother’s name.

Congratulations to All! We will soon come back with more latest updates. Have a Nice Day!