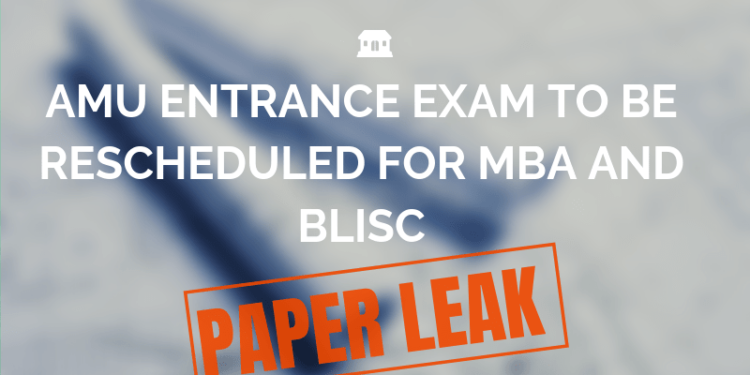 For the AMU MBA entrance exam, as many as 2600 students appeared for the test. This matter came to the light after one “unused” question paper booklet was found missing at the time of counting. SSP Akash Kulhari, explained the whole incident to the media. On May 26, the AMU registrar told the police that one question paper was missing from the table of students appearing for the MBA entrance exam.
On investigation, the police found that a solver gang is involved which includes the AMU officials Mohammad Irshad and Tariq.

The University official has informed the media that the paper on May 26, 2019, has been canceled and the entrance exam is going to be conducted afresh on June 16, 2019. There is no such information if a candidate is going to be re-issued the AMU entrance exam Admit Card.

On further interrogation, the police found out that they had also leaked the paper of Bachelor of Library and Information Sciences (BLISc). The exam was conducted on May 23, 2019. The University is going to re-conduct the entrance exam for BLISc on June 15, 2019.