The CBSE Class 12th results have been announced and this year, the exam board has seen 87.52% of students who have cleared the examinations. The list of toppers has been released and Kshitij Anand from Vasundhra has topped the 12th board examination with 3rd rank.

This year, the results for the class 12th have surprised everyone. According to the toppers list, 7 students are sharing the same position. That’s right, along with Khsitij Anand, there are 6 more students who have secured the 3rd rank in the CBSE 12th board exams. Let’s have a look at the life, the success tips and preparation strategies of none other than the CBSE rank 3, Khshitij  Anand.

Khshitij a student of SAJ public school, Vasundhara, Ghaziabad. Khishitij has secured 497 Marks in the 12th board examination. Everybody, from Khshitij’s friends, family and batchmates don’t have any words to express their proud feeling on him. The CBSE rank 3, Khshitij says sticking to NCERT books and consistent preparation was his only tactic during the preparation period. 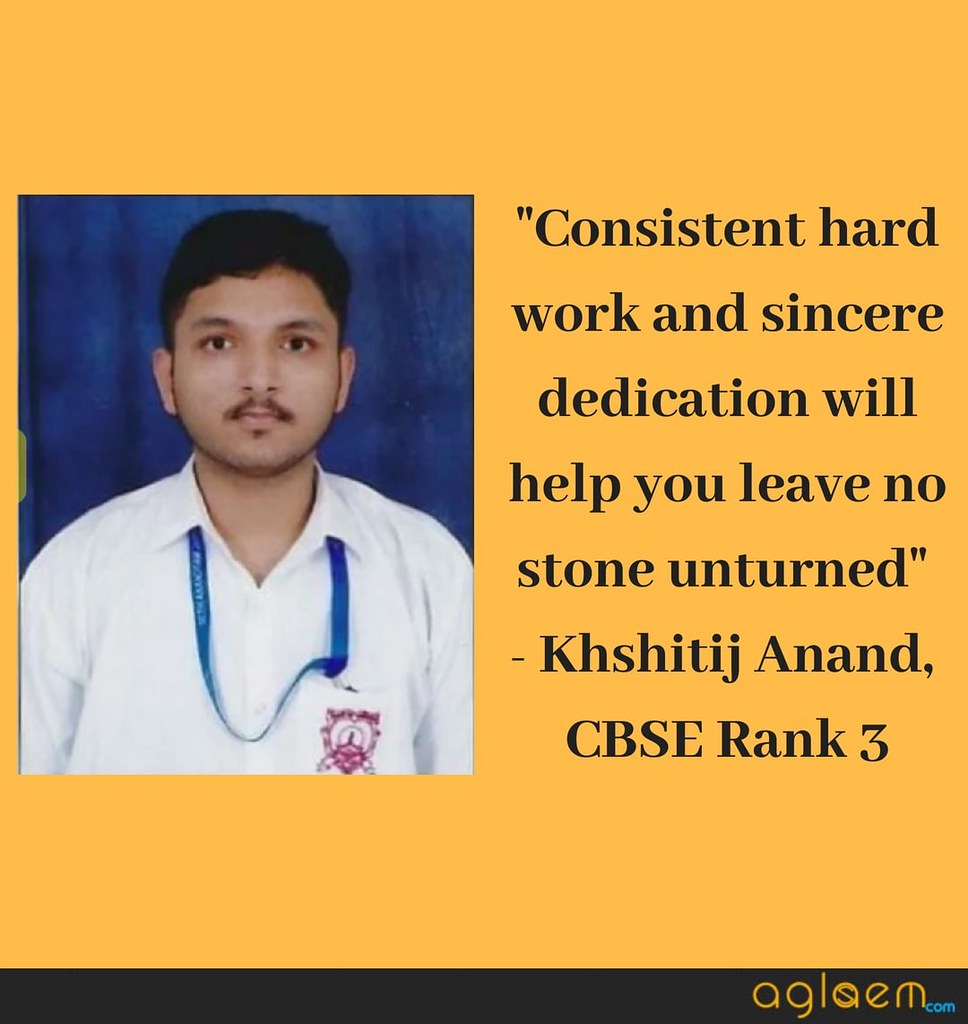 Khshitij Anand belongs to Vasundhra, Ghaziabad. His consistent hard work and patience have helped him in achieving this rank. For those who want to know how much he studied are informed that his study hours ranged from 7-8 hours every day! All this with his Aim sharp clear. his wish list includes studying Aerospace Engineering. With such a confident attitude, we strongly believe that Khshitij will reach many hights.

Son of Mr. Nagendra Pandey, an Officer in the Defence Ministry, Kshitij has given a major credit of his success to his father and mother. Khshitij’s mother, Mrs. Reena Pandey is a teacher in St. Thomas School, Ghaziabad.

Khshitij has a bright future ahead and says that his success mantra was “Consistent hard work and a will to excel” Kshtij has become an inspiration for a generation and with his success story in front of the students, they definitely should take his advice.