The CBSE announced the Class 12th board exam result on May 26, 2018. The good news is that the top 3 positions have been bagged by the girls. The All India topper Meghna Srivastava has topped the exam with 99.6%. She is closely followed by Anushka Chandra from Ghaziabad who has bagged the second spot with 498 out of 500 marks. Seven students with 497 out of 500 marks are in third place, out which only five are girls.

A very hearty congratulations to all the toppers of the Class 12th exam. 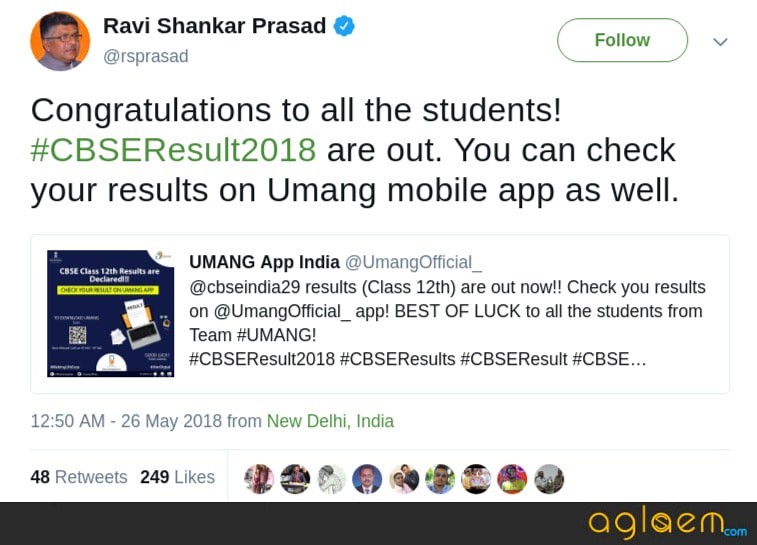 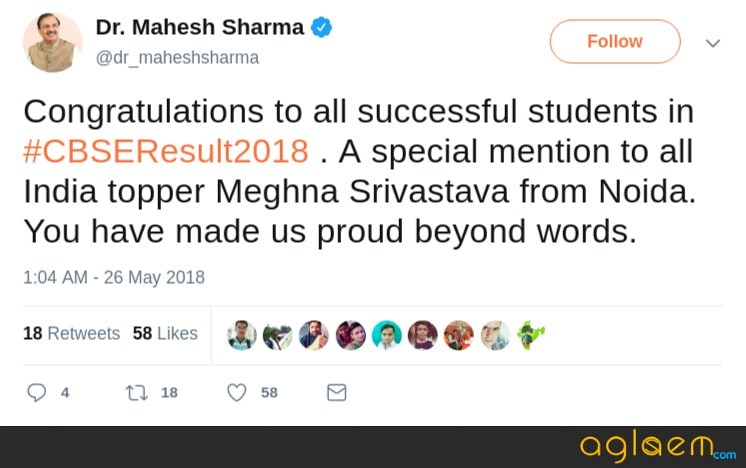 The All India Topper obtained 499 marks, whereas, Anoushka Chandra, got 498 marks. Both first and second rank holders are from Arts Stream.

Meghna Srivastava is from Arts Stream and has obtained 499 marks. She obtained 99 marks in English Core, 100 in History, 100 in Geography, 100 in Psychology, and 100 in Economics.

The Second place topper Anoushka Chandra scored 100 is four subjects. In English, she secured 98 marks, 100 in History, 100 in Geography, 100 in Psychology, and 100 in Economics.

There is a tie for the third place, not of one or two but seven students. However, amongst the seven students, the number of girls is much bigger. Only one or two are boys while the others are girls. Of these seven, one is from Jaipur, one from Ludhiana, one from Haridwar, one from Noida, one from Meerut and two from Ghaziabad.

The third rank holder Chahat Bodhraj has obtained 497 scores in the exam. She has got 100 in all subjects except in English, in which she has secured 97 marks. Chahat is Jaipur and has studied Arts from Neerja Modi School, Manasarovar Jaipur Raj.

The result for Class 12th has been released online at cbseresults.nic.in. There are 10 other ways to check the CBSE Class 12th Result 2018. First by visiting the website, results.nic.in. Second, through the official website of CBSE. Third, through the website at sbse.nic.in. Fourth, by NIC IVRS, the students from Delhi can call on 24300699 to check their result. Fifth, through NC IVRS, the students outside Delhi can get their result on call on the telephone number, 011-24300699. Another way to check the result is through UMANG App. The students can also get their result by send an SMS as cbse12 <roll no.> <sch no.> <center no.> to 7738299899. The students can also check their resutl through Microsoft search engine, bing.com or at Google Search Engine. lastly, CBSE will provide Class 12 digital marksheet on DigiLocker, i.e. digilocker.gov.in.