This Indian Navy Day, let's have a look on some lesser known facts and ways of joining the Indian Navy. 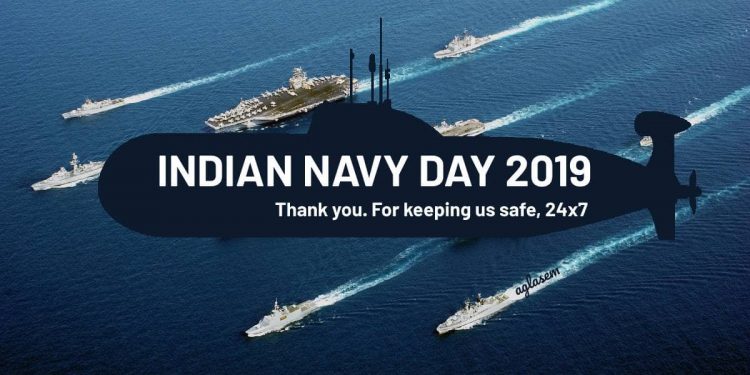 India has a very strong defense. Our armed forces Army, Navy and Air Force have together contributed to make India a prosperous nation. Today, on December 4, we are celebrating the Indian Navy Day, so let’s specifically have a look on some interesting facts and ways of joining this elite organisation.

Indian Navy is safeguarding our national borders and operating not just above but on and below the water surfaces of India. It owns the cruise missile, named as Brahmos, considered to be one of the fastest missile on earth. Did you all know that Indian Navy Day is not celebrated because the navy was founded on this day, instead our aqua warriors attacked the Naval Headquarters of Pakistan in Karachi and successfully completed the operation Trident.

Recruitment in Indian Navy is done through Indian Navy Entrance Test (INET), Combined Defence Service Exam (CDSE), 10+2 (B.Tech) Entry and Indian Navy Matric Recruitment (MR). Interested candidates have to go through the written test, interview and then a physical as well as medical test, to be a part of platoon.

Here is the good news for the applicants who wants to join Indian Navy. Application form for Indian Navy Entrance Test (INET) is open and last date to apply for the same is December 19, 2019. Once the application form is accepted, after confirming the eligibility, candidates will receive the offer letter for INET by the last week of January 2020. Exam of INET is scheduled in February 2020, interested candidates should keep a close eye on the official website of Indian Navy to know the exact exam date. Selected candidates will be called for SSB in April 2020.

To join Indian Navy through Matric Recruitment (MR) one should have the marksheet and certificate of class 10th. Only male candidates who are unmarried and satisfying the age limit criteria are allowed to apply for Indian Navy MR recruitment. Application forms of MR are released in the month of November and admit cards are issues one week before the exam.

Apart of the recruitment mentioned above, one can also join Indian Navy through Indian Navy SSC Pilot / ATC Entry, Indian Navy MR Musician, Indian Navy Chargeman entry and many more, that are announced through joinindiannavy.gov.in from time to time.

Recently, Indian Navy got it’s first woman pilot, sub-lieutenant Shivangi. She has made her mark in history by doing this, and has opened the doorways for alike gender to break the stereotypes and join the legacy.