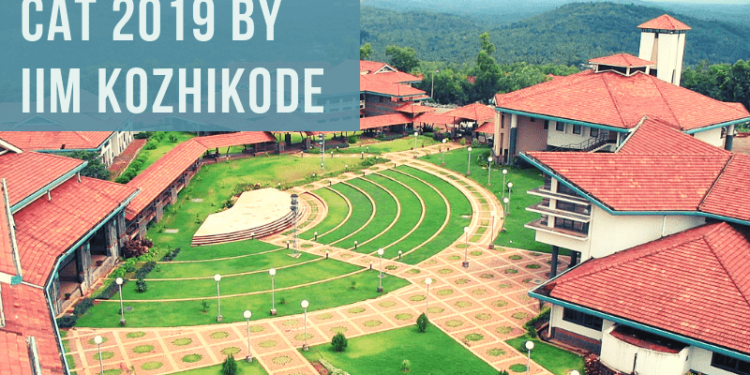 Indian Institute of management Kozhikode will conduct CAT 2019. Every year one of the IIMs get their chance to conduct the Common Admission Test (CAT). Going by this in 2019, it was said that IIM Kozhikode will be the conducting body of CAT, which is now confirmed as it has invited the non-IIM institutes to register for CAT 2019.

Over the official website of IIM Kozhikode, a notification was made live on July 03, 2019, that says “Registration of Non-IIM Institutions for CAT 2019”. In addition to that, a quick link was added for “Common Admission Test” on the home page of iimk.ac.in.

This is the clear indication of the fact that IIM Kozhikode has taken up the charge of conducting CAT 2019 and has initiated the initial process in this regard. As per the notice, the Institutes that are interested to avail CAT 2019 scores for admitting students to their Post Graduate Programme for 2020-2022 batch must download the MOU and Application Form in this regard. 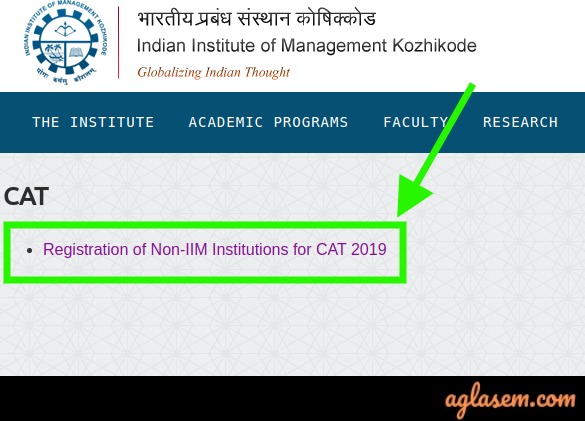 IIM Kozhikode last conducted CAT in the year 2012. When IIM Kozhikode conducted CAT in 2012 the scenario was very different. There were only 2 sections in CAT at that time and these sections were Quantitative Ability & Data Interpretation, and Verbal Ability & Logical Reasoning. Now in CAT, there are 3 sections – Verbal Ability & Reading Comprehension (VARC), Data Interpretation & Logical Reasoning (DILR), and the Quantitative Ability (QA) section.

Now, CAT 2019 will be conducted in one day, somewhere in the fourth week of November 2019. Also, IIM Kozhikode is expected to release the CAT 2019 Notification by the end of July 2019. The registrations for CAT 2019 are supposed to be starting from the 1st week of August 2019.

With a varied change over the question paper pattern and the way the exam is being conducted in recent years, IIM Kozhikode will be following the recent guidelines of CAT. However, the difficulty level of the exam is an unpredicted matter. But since IIM Kozhikode is known to set up a question paper towards a difficult side, the candidates must stay on their toes and start CAT 2019 preparation accordingly.

Common Admission Test (CAT) for MBA / PGPM admission is conducted by Indian Institutes of Management (IIMs) on a rotational basis. It is a computer-based test. The score of CAT is accepted by 20 IIMs and more than 200 B-Schools.

For more updates on CAT 2019, stay connected to AglaSem news!