Home » School Boards » DHSE Kerala Plus One Improvement Result 2018 to be Released on November 01; Know How to Check

DHSE Kerala Plus One Improvement Result 2018 to be Released on November 01; Know How to Check The Directorate of Higher Secondary Education will declare the DHSE Kerala Plus One Improvement Result 2018 on October 31 or on November 01, 2018. The date is not specified yet. According to the latest reports, the improvement result for Kerala Board Class 11 is expected to be out either on Wednesday or on Thursday. So, all the students who were waiting for the result will be able to get it very soon.

The DHSE Kerala Plus One Improvement Result 2018 will be announced online on the official website dhsekerala.gov.in or on keralaresults.nic.in. Candidates will get the various links on the result website. Among all the listed results, the students will have to click on the correct link. After that, a new page will be opened and the students will be able to submit the credentials such as the roll number and the date of birth.

Earlier, the students were expected the plus one improvement result on October 29 or on October 30, 2018. But the board official said that due to severe flood situations some of the papers were postponed. So, the results are being announced a bit later. Now, according to the DHSE Director, P. K. Sudheer Babu said that the board is all set to declare the improvement results. Candidates may get it on any of the days such as on Wednesday or on Thursday. He further added that Since the directorate is not having the practice of announcing the result date in advance. So, the marks obtained by the students will not be affected directly until the same student will appear for the plus two examinations. 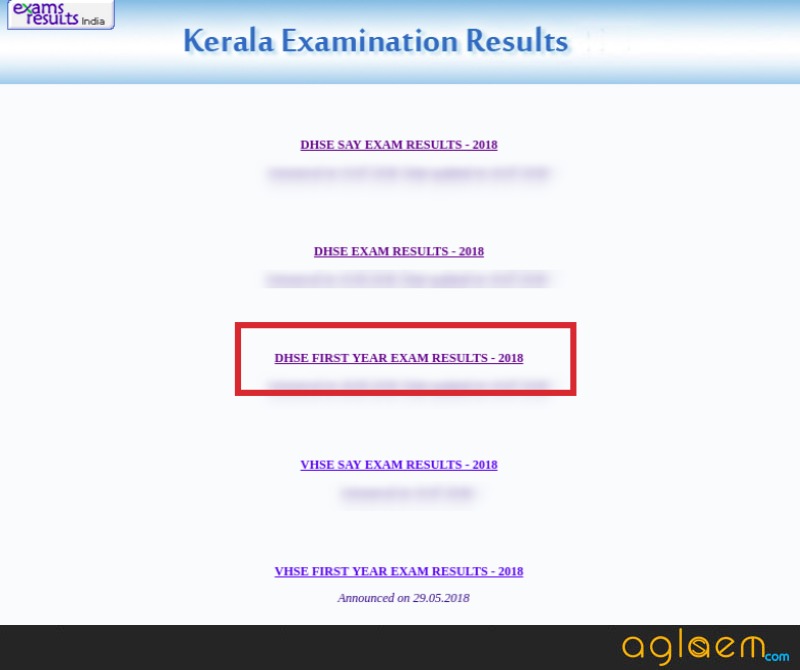 Directorate of Secondary Higher Secondary Education was established in the year 1990. The board is well known as DHSE. It conducts the board exams for Class 11 and for Class 12 i.e. for Plus One and Plus Two standards. DHSE board has developed with aim of providing effective knowledge in an academic area. DHSE conducts the exams in the month of March and then declares the result in the month of May. Apart from the main exams, Kerala Board also manages the educational activities for the improvement exams. The board conducts the improvement exams in the month of August/ September and declares the result in the month of October/ November 2018. The DHSE board always performs the various actions for the benefit of the students who have appeared in the state board examination.