Here is how CTET registration was extended last year. And whether or not the last date to apply online for CTET Dec 2019 will be increased this year. 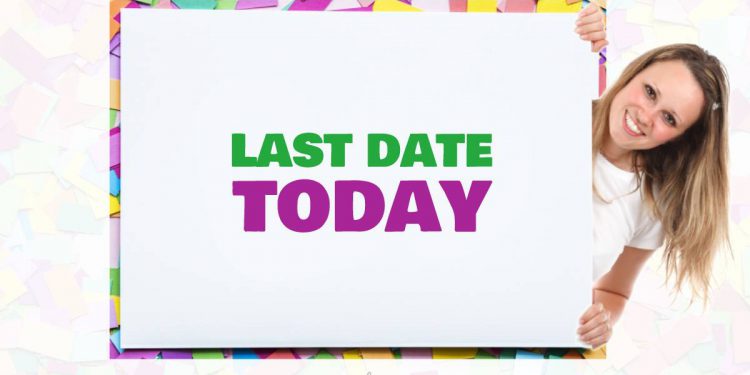 Central Board of Secondary Education (CBSE) will close the Central Teacher Eligibility Test (CTET) 2019 online application form submission today, at 11.59 pm. Candidates across the country who wish to apply for CTET December 2019 paper 1 or paper 2, or both, have a handful of hours to register and fill the form.

Candidates have enquired whether the last date to apply online will be extended. As to that, CBSE has not yet updated anything at ctet.nic.in as of now.

In the last exam, the registration deadline was initially March 5. However, on that day, at around 6 pm, CBSE announced that it was extending online application form submission for one week, that is March 12. Then again on March 12, at around 6 pm again, the deadline was extended by two more days, until March 14.

The last date to register extension affected other dates in the CTET July 2019 schedule too. For example, the application form correction was supposed to happen from March 14 to March 20. But it actually started on March 25 and ended on April 1.

As can be seen, the last date to apply online was extended by a total of nine days.

CTET aspirants have been discussing the matter since the past few days in social media and study circles. Few have been requesting CBSE to extend the last date to register and fill online application form for CTET Dec 2019 majorly because many candidates faced issues in the recent past while filling the form, due to technical difficulties on the website.

Addressing the technical issues, CBSE yesterday launched an alternate link for applying. The technical issues on the website were reportedly mainly because of heavy traffic. And by giving an extra apply online link, that is going to another portal, the traffic issue has been resolved. There have been fewer reports of CTET site not working issue in the past 24 hours. However a few have still mentioned that the form is working a little slow.

This time the application form correction is supposed to be available from September 27 to October 3. Then the admit card will be issued in the third week of November. Central Teacher Eligibility Test will be held on Sunday, December 8.

CTET is the national level teachers eligibility test. Qualifying paper 1 is compulsory to teach classes first to fifth. And qualifying paper 2 is required to become a teacher of classes six to eight. In the July session exam, it was reported that around 23,70,000 candidates had applied and 3,52,000 had qualified. Before that in 2018, a total of 10,73,545 candidates had applied for paper 1 and 1,78,273 had qualified. In the same year, 8,78,425 candidates appeared in paper 2 and 1,26,968 qualified.

Whether CTET 2019 last date to apply online is extended or not will be as per the decision of CBSE. Aspirants are advised to apply at the earliest so that they do not miss out the opportunity.