Home » Entrance Exams » CEED 2022 Held by IIT Bombay – Where to Check CEED 2022 Question Paper Solved with Explanation? When Will Official Answer Key and Result be Out?

The CEED Examination 2022 has been concluded and to know regarding exam related details, candidates must read their informative news carefully. 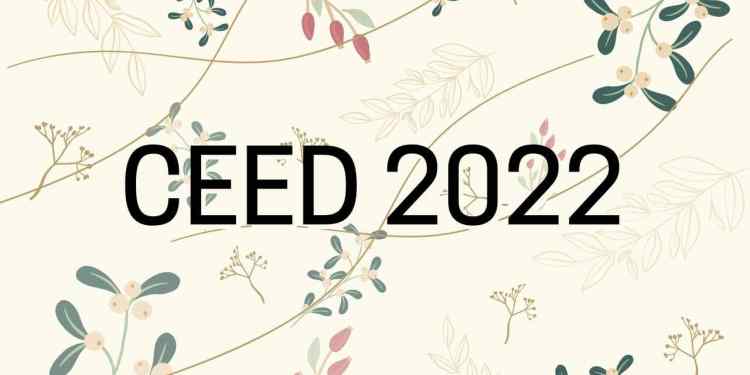 The Indian Institute of Technology Bombay (IITB) successfully concluded the Common Entrance Exam for Design (CEED) today, on January 23, 2022. The examination was held between 9:00 AM to 12:00 PM and candidates were given 3 hours to attempt this two part test. The Part A of the CEED 2022 Exam was a computer based test consisting of MCQs which was given a time limit of 1 hour whereas the Part B of the examination was a paper based test and had a time limit of 2 hours.

As soon as the examination is concluded, several institutions and online faculties will release their institutional answer keys. Most answer keys and solutions of the CEED exam will be in video format. Candidates can use these answer keys to get a rough idea of their scores. These answer keys can also be used to understand the mistakes made by the candidates during the test such that they aren’t repeated again.

Coaching centers such as the following are expected to release the CEED 2022 question paper solved with explanation today, in some time. These had issued answer/solutions to last year’s CEED exam as well:

To get an exact estimation of their marks and the answers expected by IITB officials, candidates have to wait for the release of official CEED 2022 Answer Key which shall be released by January 31, 2022 on the official IITB website. To ensure transparency, IITB allows students to raise a query against any answer which they feel isn’t satisfactory. The process of raising an objection against the answer key will begin in the month of February, 2022.

Based on the answers given in the official answer key, candidates will receive their CEED 2022 Result on March 8, 2022 via the authority site of IITB.

The CEED examination is a 2 part assessment. Part A of the examination was a computer based objective test. It covered a total of 41 MCQs asked from the entire portion and candidates got 1 hour to finish it. The question were of various types including numerical answer type (NAT), multiple choice question (MCQ), and multiple select questions (MSQ). Each question carried 2 marks and there was a negative marking of 0.2 in MSQ and 0.5 in MCQ sections.

The part B of the test was a paper based examination in which candidates were asked 5 questions with each carrying 20 marks. The exam was a total of 100 marks and candidates had to finish the entire test within 2 hours. This part tested candidates creativity and visualization abilities.

As both parts have a different paper pattern, IITB officials will release a separate answer key on both these tests on their official website.
A draft key for part A test will be released on January 25, 2022 and candidates will be allowed to access it.

After the release of the draft answer key, candidates will be sure about their marks in the Part A test. For part B, candidates need to wait some time for the answer key from the official website as it was a subjective paper.

On March 8, 2022, IITB will release the results for CEED 2022 Exams. All candidates who appeared for the test can check their scores from the official website. From March 12, 2022, the CEED Score Card for each and every candidate will be available for download. This can be downloaded till June 14, 2022 hence candidates must download it before this date.

Along with the results, IITB will also release a cutoff criteria based on which candidates are allotted a university. Candidates who have failed to clear the cutoff criteria will not be mentioned in the Merit list thus won’t be allowed to participate in the counseling rounds.

CEED 2022 result scores will be accepted by the following institutions.

UCEED 2022 Held – Where To Check Solved Question Paper with Explanation?