Personality tests or oral tests will no longer be a part of the selection process by Andhra Pradesh Public Service Commission. 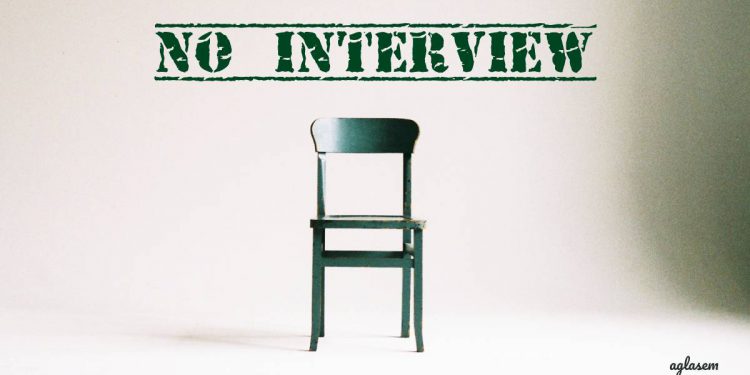 In a first, Andhra Pradesh Public Service Commission will be conducting recruitments only through exams. It has been decided by the chief minister of the state, after a meeting with APPSC officials, that they will scrap interviews from January 1, 2020.

All the APPSC 2020 recruitments will have only examination processes. Candidates will be selected on the basis of being eligible, getting qualifying marks in written exams, and obtaining cut off. For all the exams such as Group I, where earlier there used to be oral test after mains exams, or at any point, will have only exams.

A written notification to this effect has not been issued by APPSC or state government. However the decision has been conveyed to leading dailies. New Year has been chosen as the time to implement the change. However ongoing recruitments of APPSC 2019 shall not be affected.

The decision to scrap interviews for APPSC 2020 is getting mixed responses.

On one hand, several govt job aspirants are happy. They feel that doing so will eliminate cases of favoritism, nepotism, corruption. On the other hand, some candidates and officials feel that a candidate cannot be judged completely for important posts, without a face to face interview.

Another recruitment by APPSC, held this year, which included interviews was that for extension officer.

Once APPSC releases 2020 calendar or notification for individual recruitments, final changes as a result of this decision will be revealed.

A more pressing concern for the commission at the moment is the declaration of APPSC Group 1 result 2019. The screening test was conducted on May 26. After that, initial key was released, and then revised key. APPSC accepted objections to revised key until September 17, 2019. Even though details of mains exam have been published, result of screening test are pending.

In another news, the chief minister has also directed the departments to compile list of all vacancies. A fresh batch of recruitments will be announced in January 2020, providing new government job opportunities to job seekers of the state. For the same, the chief secretary will hold a meeting in November third week to finalize vacancies lists and how to conduct recruitment for them. By November end, the chief minister shall also look into it. Budget will be allotted for recruitment and come new year, details will be announced.