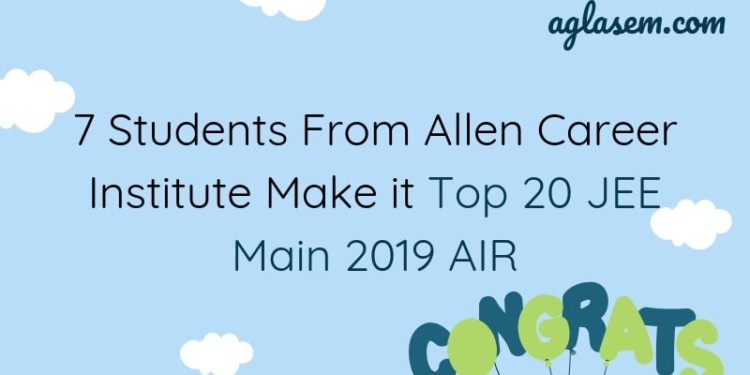 In both January and April Attempt 12, 37,892 students registered for the exam.

Sh. Brajesh Maheshwari further added that a total of 26 thousand (approx.) seats of 31 NIT, 23 IIIT, and 23 GFTI are available. NTA conducted JEE Main examination in January & April month and declared the common AIR of both sessions. As per the official statistics, 9,29,198 candidates students applied for the January attempt. Out of which only 8,74,469 students took the exam. Similarly, in April sessions 8,81,096 students appeared out of total 9,35,755 registrations.

Moreover only, 12,37,892 total Number of unique candidates registered in JEE (Main) Examinations in both January and April attempt. Out of which, 11,47,125 candidates appeared in JEE Main 2019. This year, a total of 3,30,702 females, 8,16,420 Male, and 3 Transgender students appeared for the national level examination.

Cut off for JEE Advanced 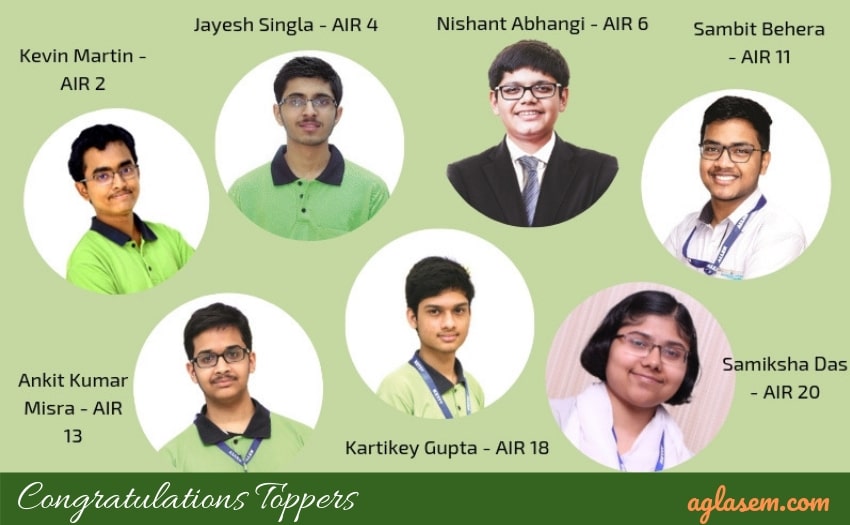 Kevin Martin from Bangalore wants to join IIT from the beginning. He is now seeing it as a truth. After getting AIR 2, he has started preparing for JEE Advance. Apart from classroom coaching, he used to self-study 6 to 7 hours daily. His source of inspiration is his brother. Kevin’s elder brother is a graduate from IIT Madras and is now pursuing master’s from Switzerland.

As the preparation for JEE Main requires constant concentration, Kevin used to stay away from mobile during his studies. He used to attempt all the mocks of ALLEN Career Institute. The thorough analysis helped him to know his strong and weak points. In the coaching, Kevin got all the support from ALLEN teachers to make his dream true.

Air 4, Jayesh Singhla resides at Patiala district of Punjab. Father Ajay Kumar Singla and mother Monica Gupta are both doctors in the profession. Jayesh reveals that his favorite subject is Chemistry and he paid extra attention while preparing for JEE Main. He used to give 5 to 6 hours daily to self-study. He planned his time table in such a way that he could cover all the three subjects. This proves to be the ‘key to success’ for him.

For recreation, he used to play football and table tennis. Jayesh has qualified RMO. Also, he has been selected for the second level of the National Olympiad of Chemistry, Physics, Astronomy, and Informatics. He is an expert in Java language and dreams to get into IIT Mumbai. After Engineering, he wants to pursue core programming.

Gujarat’s Nishant Abhangi told that this success has been achieved through consistent studies. He was focused and regular in his classroom coaching. Moreover, ALLEN Career Institute gave him a good study environment for the JEE Main preparation. Not only in JEE Main but also he is a top performance in various other fields also.

Nishant Abhangi has received the Presidential Award. He got Gold Medal in IJSO 2016 and secured the first position in the KVPY scholarship program. Nishant has also a scholarship for Cambridge Workshop by Cambridge and Stanford University for the best performance in Astro Physics Olympiad. In his family, Nishant’s father Vinod Abhangi is a businessman and mother is a Homemaker.

Prepared for the Exam with Study Plan – Sambit Behera

Sambit, a resident of Bhubaneswar (Orissa) has secured AIR 11 in JEE Main 2019. He has started his preparation two and a half years back. He has been studying in Kota and is currently a student of Class XII. His success mantra is the planned studies. Instead of randomly picking up the topics, he used to study according to schedule. He was also keen on clearing his doubts and used to do so in classes only.

To keep his mind fresh, he used to hang out with friends after giving Weekly Test. Also, 30 minutes’ walk every day kept his mind fresh. He also used to play football as well. As the JEE Main result has been declared, Sambit is now focusing on the JEE Advance exam. He wants to take admission to IIT Mumbai and pursue engineering in CS.

Sambit has a strong academic background, he secured 10 CGPA in 10th Standard and is an NTSE scholar. He has also qualified the first stage of Chemistry Olympiad and is now preparing for the second stage. His elder sister Barnali Priyadarshini is pursuing engineering from NIT Rourkela. Father Chandramani Behera is an employee in SBI and mother Narmada Behera is a homemaker.