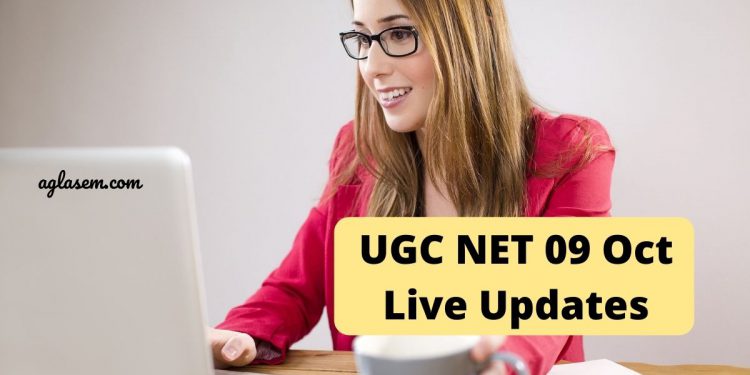 UGC NET 2020 day 06 exam were held on Friday, October 09, 2020. The exam took place in two consecutive shifts. Shift 01 of the day starts at 9:00 AM and ends at 12:00 PM, while, shift 02 begins at 03.00 PM and gets over at 06.00 PM. We will be providing exam analysis of the question paper of first and second shift and stay tuned as we bring you the live updates of the UGC NET 2020 exam. UGC NET was earlier scheduled in June, but due to the COVID-19 pandemic, the exam got postponed. As per the new schedule issued by NTA, the UGC NET exam commenced from September 24 and will continue sporadically till November 13. The first five days of the exam are now already over. Stay tuned to this page to get all the updates related to the UGC NET exam 2020.

NTA will conduct the UGC NET paper for Code 008 (Commerce) in the first shift and second shift on October 17, 2020.

NTA to conduct UGC NET 2020 for Commerce on 17 October

Check below the section wise distribution of questions and level of Paper 1:

The overall level of the examination was easy to moderate level.

The overall level of the examination was easy to moderate level.

Last year cut off for Political Science Paper was as follows:

Last year, Cut off for German Subject was as follows:

As in the past year's trends, the result of the UGC NET was published approximately 15-20 days after the examination was conducted. This year, the UGC NET exam took place from 24 September to 13 November 2020 sporadically. It is therefore predicted that the month of declaration of the UGC NET 2020 result is December 2020.

Last year cut off for Sanskrit Traditional Subjects was as follows:

Last year cut off for Philosophy was:

As per unofficial resources, Paper-II (History) was of moderate level. Candidates who have practiced well have found it convenient to answer the questions in one go.
Candidates found it difficult to answer questions of Data Interpretation as it required more calculation.
The reasoning section was comparatively easy. Questions that were asked from this section were from letter series.

The detailed exam analysis of UGC NET 2020 History exam (first shift) has been published by Law Order and Civil Rights.

The overall level of the examination was of easy to moderate level.

Last year, cut off for Performing Art was as follows:

Last year, cut off for Environmental Sciences Paper was

Candidates are allowed to carry the following items with them at the exam hall:

The second shift has been dedicated to the following paper:

The second shift has been dedicated to the following paper:

Last year, the cut off for Law was

Last year, the cut off for Physical Education was as follows

National Testing Agency has issued the UGC NET 2020 admit card for the exam to be held on October 17, 2020 at ugcnet.nta.nic.in. Click Here to download the admit card of UGC NET 2020.

Last year, cut off for the History exam was:

NTA has successfully conducted the paper of History (6). The detailed exam analysis and memory-based answer key will be shared in a while.

Last year, cut off for the Management exam was:

Last year, cut off for English was as follows:

NTA has not mentioned any specific dress code for the UGC NET 2020 exam. However, certain standard rules are required to be followed, as with all examinations. Candidates must avoid wearing clothes that have too many pockets and metal items. Clothes should be appropriate for examination and should not give rise to suspicions of hiding chits or items.

The candidate's self-declaration form is attached to the UGC NET 2020 admit card by NTA Candidates must download and print out four pages of document which contain admit card, exam instructions, and self-declaration form. It is mandatory for the participant to have the undertaking signed by their parents before reaching the examination hall. Candidates must answer some questions in an undertaking, such as if they have any of the symptoms of COVID-19, or if they have come into contact with any of the infected COVID individuals, indicate whether or not they are in compulsory quarantine, travel history to another country, or inter-state travel for the examination.

Shift 1 of UGC NET 2020 day 6 has successfully begun at 9:00 AM today. The exam will get over at 12:00 noon and stay tuned to this page to get exam analysis and memory-based answer keys.