Medical and engineering admissions in India have always been debatable. From states denying to accept a single admission test to the constantly increasing number of vacant seats in colleges raises numerous concerns. To eliminate the glitches and irregularities, it was decided to propound National Testing Agency.

All was well until a news report stating that NTA will conduct JEE Main and NEET in December 2018 started making the rounds. The report was met with mixed reactions ranging from strong support to deep apprehension. 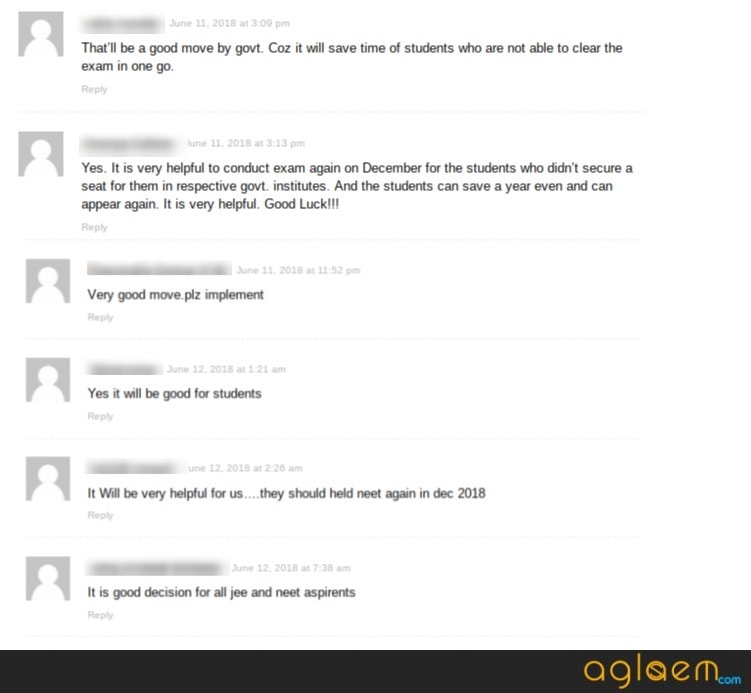 On one hand, readers of the news, who favored the decision said it was a good opportunity to appear for the exams again, without waiting for a year. Others, however, were skeptical of the JEE Main and NEET December exam. The feasibility of December exam was questioned.

Many questions arose – “Is NTA equipped enough to conduct examination is such short span of time?” “Will the admission for December exam will be done in January or the regular session only?” The lack of answers for the unending queries paved way for rumors and chaos.

Amidst it all, academia experts have taken it upon themselves to assist students. Vouching for medical aspirants in India, Dr. Amit Gupta, has forthrightly declared the conduct of NEET December to be a fake news.

He claims so on the basis of an RTI response, dated April 10, 2018. The response clearly mentions that NTA will conduct the entrance examinations from the year 2019 onwards. Read the entire response from below. 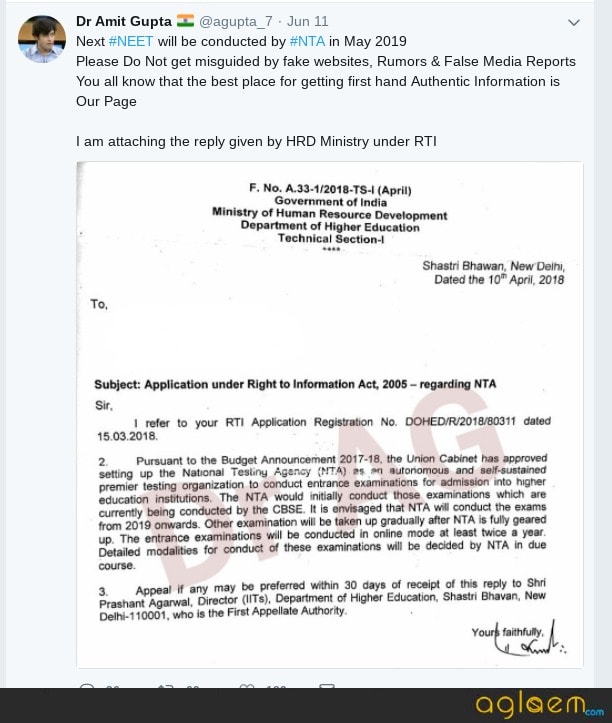 So, what is the truth? Will NTA Conduct JEE Main and NEET in December 2018?

Well, it seems like the newspaper reports on the basis of the which the discussion started had no substantial foundation. IIT Kanpur providing technical support to NTA is in talks but there is no confirmation yet that the exam will be held in the month of December 2018. The report has received quite a lot of flak since it was published and you can check it from below.

Until further official notification, it is advised that the students do not let such news reports let hamper the peace of mind. Also, we would like to inform the students that there are websites which may appear to be the official website for NTA. However, these are not. These fake website even have pages on NTA and its process but officially no web portal has been launched for NTA yet.

JEE Main 2019 and NEET 2019 are expected to be held in April and May, respectively. NTA will conduct the exam in online mode and yes it might be held twice a year. The pattern and syllabus for the exams will remain the same. Other than this, there is no other official information regarding NTA and the exams.

Stay with us for more updates on NTA JEE Main and NTA NEET. If you have any queries then do let us know. You can also speak up your mind in the comment section below.