Territorial Army recruitment 2020 notification is out for ex armed forces commissioned officers with vacancies for males and females. Apply by obtaining the form from jointerritorialarmy.gov.in and submitting it by 31 Jan 2020. 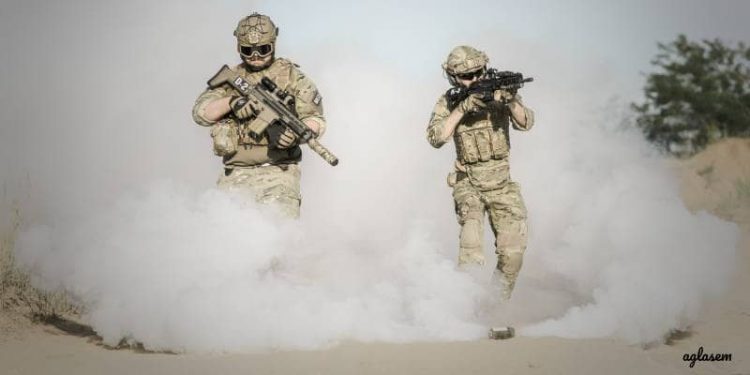 Army Headquarters Selection Board has released recruitment notification to join Territorial Army as an officer. Gainfully employed ex armed forces commissioned officers can apply against the recently released advertisement , to get an opportunity to don the uniform and serve the nation. Recruitment will be done to the post of Territorial Army Officers (non departmental) based on the concept of enabling motivated ex service officers to serve in a military environment without having to sacrifice their primary professions. Officers can serve either in the capacity of civilian or soldier.

Male, female ex service officers between 18 to 42 years old as on the date of application, with a graduate degree can apply. Serving members of the regular army, navy, air force, police, GREF, para military are not eligible.

Eligible candidates will sent call up letter by post, by the Territorial Army Directorate.

It may be noted that issuance of call letters will be provisional, and the applicants should ensure their eligibility. Also that the date of interview will not be altered for anyone. The only type of exam in this process is an interview.

ASB shall screen the ex service officers. Recommended ones will undergo medical examination, and police verification.

Commission will be granted in the rank of lieutenant. Pay, allowances, privileges will be same as a regular army officers when embodied for training and military service. Promotions upto Lt Col rank by time scale, subject to fulfilling laid down criteria, and promotion to coloner and brigadier by selection shall happen.

Pay scale of lieutenant is level 10, in pay matrix Rs 56,100 – 1,77,500. Vacancies for male and female candidates will be determined as per the requirement of the organization.

Territorial Army is a part time concept with mandatory two months training in a year, and does not provide full time career.

How to apply for Territorial Army recruitment 2020?

The official website of Territorial Army recruitment is jointerritorialarmy.gov.in. Candidates need to download the application form (IAF (TA)-9 (Revised) Part 1). Duly filled form with photocopy of release order, and photocopy of release medical board proceedings need to be sent to the address given the notification.

At the time of interview, ex service officers should bring their documents in original as well as a set of self attested copies. Application form IAF (TA)-9 (Revised) Part-2 needs to be downloaded from jointerritorialarmy.gov.in and filled in their own handwriting.

Applying for this recruitment is free of cost. That is no application fee needs to be paid to join territorial army as an officer through this advertisement.