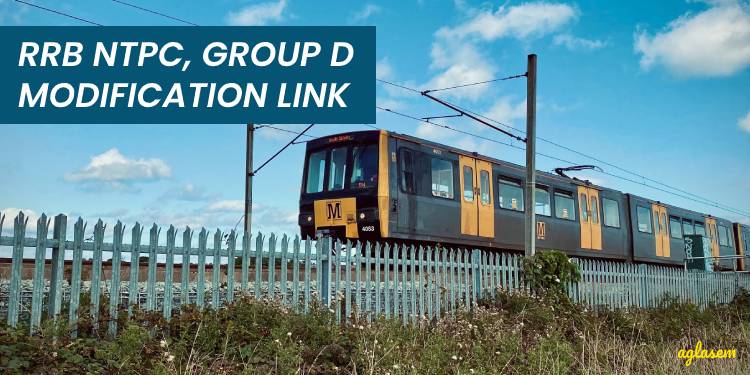 Thousands of candidates are tweeting to get a chance to modify data in RRB NTPC and RRB Group D application forms. They are urging the Railway Recruitment Boards to give them a chance to rectify their mistakes by editing application form. Only then, they will be able to download the awaited RRB NTPC admit card 2020, and RRB Group D admit card 2020. The computer based tests for the railway recruitment are scheduled to start from December 15, 2020.

Several candidates whose forms were rejected due to invalid photograph and signature are unable to understand the exact problem in their images. However they say that if they get a chance to correct the form then they will get better images this time and re-upload them.

Whereas those with duplicate application form issues are providing reasons why they applied multiple times. Some were unable to understand whether form was successful or not, some did it by mistake. As per the social media posts, there are various unique cases where forms were considered duplicate.

A common reason given by candidates demanding modification link is that they have already spent so long preparing for the exam (since there has been a long gap between form submission, and display of status), having form rejected at this point would lead them to have wasted a large part of their career years.

The application form status for RRB NTPC (CEN 01/2019) was released on Monday, September 21, 2020. Candidates who applied for the Non Technical Popular Categories exam can go to rrbonlinereg.co.in, and check their status. Last date to check RRB NTPC status is Wednesday, September 30, 2020.

In the official notification which contained the RRB NTPC status dates, the boards had mentioned that they will not entertain queries from rejected candidates.

As of now none of the RRBs have issued any statement on whether they will provide any link for candidates using which they could modify their application forms.

More than 1 crore candidates had applied for RRB Group D and RRB NTPC exams each. As a result railway recruitment get a lot of media attention. Last time when RRB Group D status was announced, the boards had provided the complaint facility only after a number of reports came in newspapers.

Candidates must however not believe in rumors and only refer to the official websites of the RRBs for latest updates on RRB Group D and RRB NTPC login links for checking status, modification, exam date, admit card, and results.

RRB NTPC recruitment is being organized to fill 35,208 vacancies, for which 1.26 crore candidates have applied. Likewise the RRB Group D recruitment is for 1,03,769 vacancies against which 1.15 crore have applied. RRB exam date, city intimation, as well as RRB admit card download shall happen via the official websites of the Railway Recruitment Boards.