Indian Railways is running slightly behind schedule in announcing the exam date and city for JE CBT 2 qualified candidates. 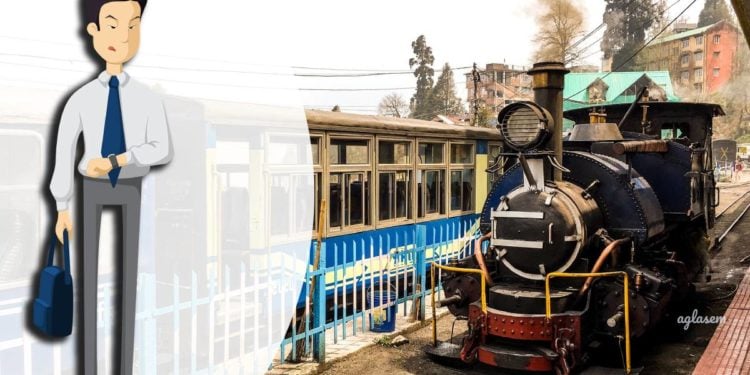 RRB JE City Intimation for CBT 2 was supposed to be released at 11 pm yesterday. It is already August 18, and the exam date and city are not yet available. All the RRB websites have provided link to check exam date and city, that leads to rrbonlinereg.in, however there the old message on time of release of city intimation only is still displayed.

The city intimation, free travel authority, mock test for CBT 2 link at rrbonlinereg.in, for all RRBs, is still going to a coming soon page. Same message that was put up yesterday morning, that is “City Intimation can be viewed from 23:00 hrs on 17-08-2019” is still shown.

A little over 2 lakh candidates are qualified for the RRB JE CBT 2. All of them have been visiting the various RRB websites again and again, looking forward to getting a new update. Indian Railways had initially only said that the exam date and city will be out on August 17 and time for the same was not specified. Candidates first started checking for the intimation last night, but then they were glad to see a specific time for the update. Therefore as soon as the clock struck 11 pm, everyone started checking the websites to see the RRB JE CBT 2 city intimation.

Why has RRB JE CBT 2 City Intimation been delayed?

Now that minutes have turned to hour(s), candidates have started speculating over why there is a delay in the exam date and city announcement. As there is no explanation from Indian Railways over the delay, this has given rise to various theories over social media.

One of the hot topics among RRB JE candidates is that the result should be / could be revised. There is no base to this discussion besides the fact that RRBs had revised the ALP recruitment results. However there is no such inkling of a similar situation repeating for the JE recruitment.

Several candidates who did not qualify for the CBT 2 have expressed dissatisfaction with the result of CBT 1, saying that too many candidates have been disqualified only based on non technical topics, whereas the posts are purely technical. However RRBs had clearly stated in the RRB CEN 03/2018, that only 15 times the number of vacancies would be selected for CBT 2. The number of vacancies is 13,487, and fifteen times of that is 2,02,305. Thus RRBs have qualified as many (around) candidates as it had notified it would.

As there is no such probability of result revision, the simplest explanation of RRB JE CBT 2 city intimation delay is technical concerns. Since the exam date and cities data of over 2 lakh candidates are being uploaded and displayed, slightest technical hiccup may lead to such a delay.

When will RRB JE Exam Date and City be announced?

It is expected that candidates will not have to wait for too long. Usually if there is a very long delay in such a process, RRBs publish a new notice in form a message only on the website. That is to say that the message available right now “City Intimation can be viewed from 23:00 hrs on 17-08-2019” would have been changed to reflect a new time, if RRBs were postponing the event for too long.

Therefore it is most likely that the exam date and city for RRB JE (CEN 03/2018) recruitment 2019, second CBT, will be announced today only. Stay tuned!