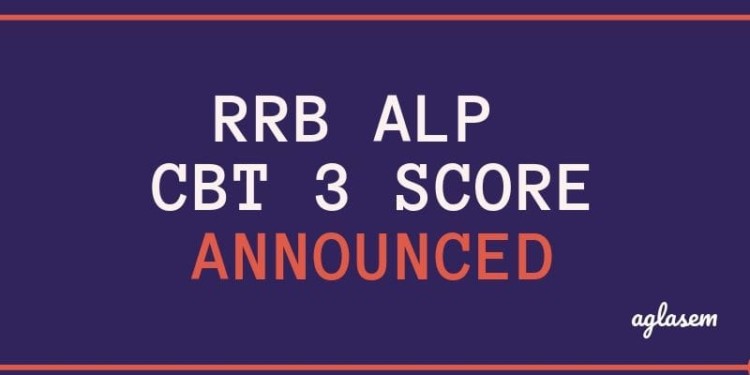 To check the RRB ALP CBT 3 Score 2019, visit any of the official websites of the RRB which is 21 in total. Then, click on the appropriate link of the RRB ALP CEN 01/2018 Score. A login is going to appear on the screen in which the candidates need to enter the login details, User Id and Password. The RRB ALP CBT 3 Score 2019 is going to get displayed on the screen. Students can check the raw score, pro-data score, normalized marks, and their qualifying status in the examination. 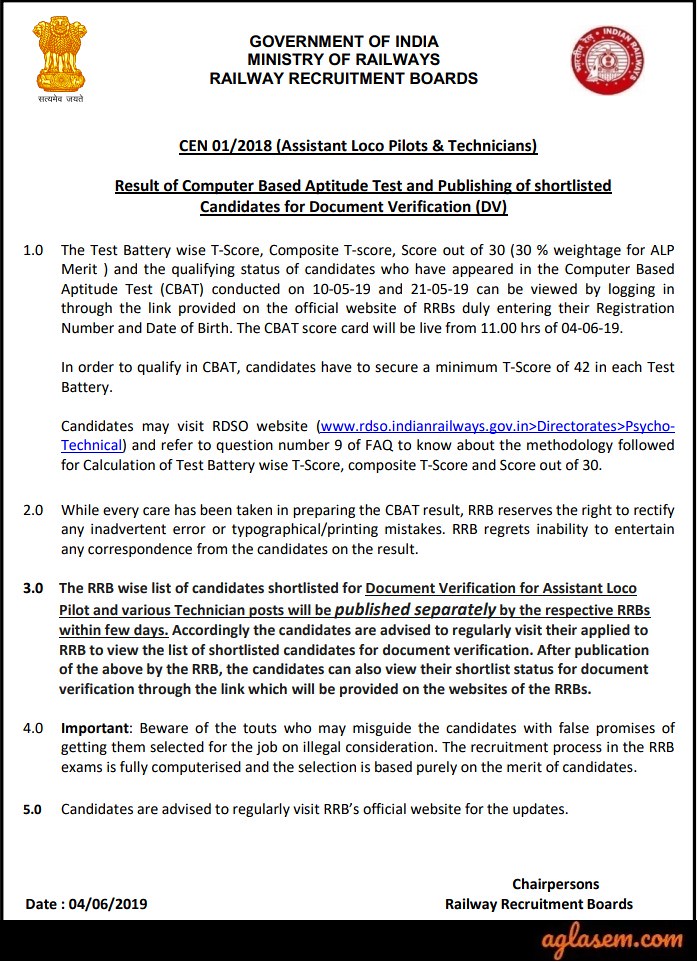 The students need to obtain the minimum qualifying marks in each of the test battery to be eligible for the next stage. Candidates who clear the ALP CBT 3 exam are now going to be eligible for the document verification. In this round, the students need to carry the original as well as two sets of self-attested photocopies of the documents on allotted date, time and venue. In the Document Verification, the board checks the eligibility claims of the candidates.

In case a candidate fails to submit the relevant documents during the document verification then, his or her candidature is liable to be canceled. The Final appointment of the candidates takes place on the basis of medical exam held by the railway administration. Candidates called for the document verification also need to pass the medical test at the railway hospitals.

The medical fitness test checks that the candidates are eligible to carry out the duties for the post or not. An important criterion to be appointed in the railway staff is the Visual Acuity Standard. Candidates who wear glasses, or have a flat foot, knock knee, squint eyes, color blindness, and other bodily impairments are ineligible for the appointment.

RRB ALP and Technician recruitment 2018-19 is open for 64371 vacancies. Out of which 27795 is for Assistant Loco Pilot (ALP) and 36576 is for the Technician Posts. The selection of the candidates is done on the basis of CBT 1, CBT 2, CBT 3, followed by Document Verification as per the post applied. To be eligible for the final appointment, it is compulsory for the candidate to clear all the stages.