Home » Competitive Exams » RRB ALP CBT 2 to be held in Mid December and Not November?

RRB ALP CBT 2 to be held in Mid December and Not November? An image is begin circulated in social media platforms, as per which RRB ALP CBT 2 will be held in mid December 2018. This has created confusion among the students because as per the the latest notification by the Railway Recruitment Board (RRB) is likely to begin RRB ALP / Technician Stage 2 CBT from November 19, 2018. However, the image of an e-mail, in which authority have replied that Loco Pilot and Technician exam will be held in December has made students anxious.

Why RRB ALP / Technician Stage 2 Date in December can be true?

Even though RRB has said that the examination will be held from November 19, 2018, onwards but there is no guarantee the Board will start the second stage on this date only. In the official notification, it is written that “Candidates are advised to note that the Second Stage CBT is likely to start from 19th November 2018″. The word likely denotes that the board may or may not start CBT 2 on the due date. It is possible that the Board might start the exam a little later on. The notice also states that the result of RRB ALP 2018 is due to be announced before November 5, 2018. 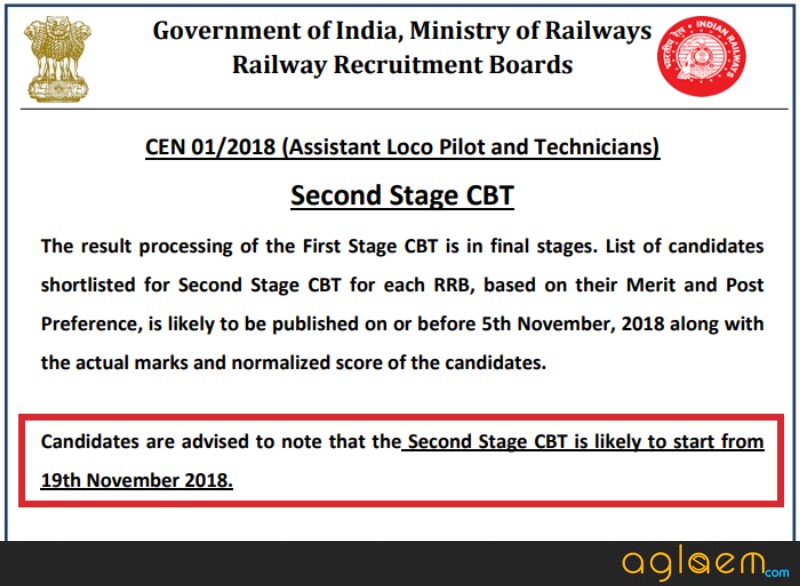 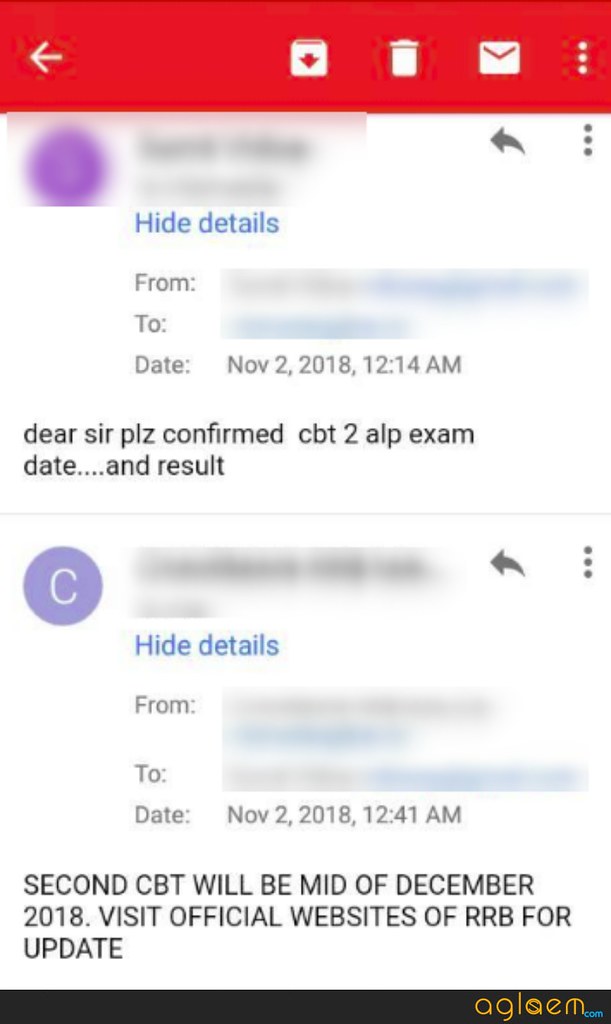 Why RR ALP in Mid December is Fake?

Since the Railway Recruitment 2018 was announced, a lot of confusion regarding the exam date has been going around. There are more chances that the date on social media platform is fake. It has been observed earlier as well a lot of fake exam dates of RRB ALP were begin circulated on the social media platforms. Candidates are advised not to consider this image as official and wait for RRB to release the actual exam dates on the official website.

This leads to a very big misunderstanding among the candidates. Candidates are restless about knowing the exam dates. They are asking on the various social media platforms and also trying to contact RRB regarding the original exam date. But there is no reaction from the side of RRB authority.

Candidates cannot be assured that this is the real date or there is a change in the exam schedule. The candidates are suggested to keep calm and wait for any official confirmation.

RRB ALP Second Stage exam will be conducted into two parts i.e. Part A and Part B. Part A scores are considered for the final merit list preparation. Part A contains 100 questions and the candidates will have to complete it into 90 minutes. The minimum qualifying marks for the General category candidates is 40% for OBC / SC is 30% and for ST candidates, it is 25%.

Part B is qualifying in nature. It is also known as the trade test. There will be 75v questions in this exam and the time duration is 60 minutes. For all the candidates, the minimum qualifying mark is 35%.