Railway Protection Force (RPF) could release admit card for RPF SI 2018 on December 8, 2018 at midnight. Candidates taking RPF examination this year and have applied prior for the same, must download the admit card from the official website si.rpfonlinereg.org. CBT examination for Sub Inspector recruitment are scheduled to be held in December and January. Phase 1 for Group E + F is on December 19, 2018. Then Phase 2 for Group A + B is on January 05 and 06, 2019. After that, Phase 3 exam for Group C +D is from January 09 to 13, 2019.

Group A comprises of candidates of SR, SWR, SCR region. Group B is for CR, WR, WCR, SECR candidates. Then Group C is for ER, ECR, SER, ECoR applicants. After that, Group D includes candidates of NR, NER, NWR, NCR. Group E is for NFR region, and Group F is for RPSF (male candidates).

Why RPF SI Admit Card 2018 can come on December 8 Midnight?

Besides RPF Recruitment, this year has witnessed mega recruitment by RRBs. In their case, the admit card download commenced on midnight of the day before promised date. Since this is a related body going on a similar timeline, there are high chances that admit card of RPF SI 2018 will be available from December 8, 2018, midnight. However candidates may note that even then it will only for Phase 1 exam and others will get theirs on respective dates. That is, candidates whose exam is on January 09, 2019, will get their call letters from December 30, 2018. Those who have exam on January 10, 2019, will get them on December 31, 2018. And so on.

What if call letter is not released at midnight?

As stated before, there is no surety, only a fair case of probability based on past records that RPF SI admit card could come at 12 midnight today. So if it does not come then candidates are requested not to panic. They can check back with the official website in morning. Since candidates need to know their exam centres and city sooner rather than later, to arrange travel and accommodation, RPF is likely to release SI admit card at the earliest. It is also made clear that no candidate will receive admit card by post under any circumstances.

As soon RPF SI Admit Card 2018 is released, candidates will be notified regarding the same through an email and SMS. The admit card can be downloaded only from the official wesbite si.rpfonlinereg.org. On homepage of RPF website, a link will be provided to download admit card. It will lead to a login window, where candidates can provide login Id and password generated at the time of registration to login. Upon logging in, admit card can be downloaded. Candidates must take multiple printouts of admit card to carry to examination center.

The admit card once downloaded must be kept safe. Also, after downloading the admit card, candidates will have to paste a photograph of themselves in the box provided. Make sure that the photograph is same as the one uploaded at the time of filling the application form. There will be blank spaces in the admit card for candidates to provide their signature and thumb impression that has to be filled only at the examination center in front of the invigilator.

The RPF admit card is the eligibility proof for candidates to take the examination, but along with the admit card candidates will have to carry a photo identity proof such as PAN card, Aadhar card, Voter Id, Driving License etc. A copy of the photograph that had been uploaded in the application form is also to be carried by the candidate on the day of examination. 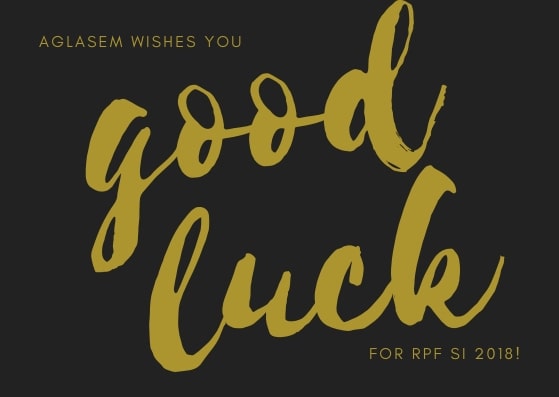 RPF Admit Card 2018 for Constable and SI Released on 8 Dec 2018; Know how to Download Here

RPF Admit Card 2018 for Constable and SI Released on 8 Dec 2018; Know how to Download Here