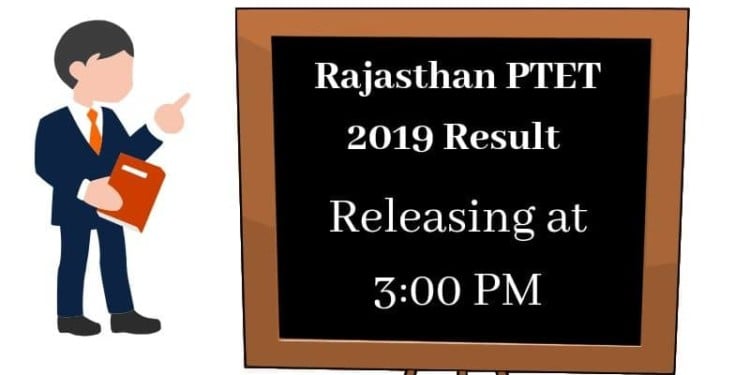 As per newspaper reports, Government Dungar College, Bikaner, will announce Rajasthan PTET Result 2019 today, on May 30, 2019. There is no official notification for the same. However, the newspaper reports claim that the result will be available at 3:00 pm, on the official website ptet2019.org.

To check and download the result of Rajasthan PTET 2019 the candidates need to access the official website and click on the link for the result. It will lead to a new portal, in which the candidates will have to enter roll number or name, mother’s name, and date of birth. Once the portal opens, a candidate will be able to check their result.

The result of PTET is displayed as merit list, in which the marks secured by the candidates are also mentioned. The qualified candidates are then called for the counselling round and seat is allocated on the basis of the merit in the examination.

The conducting body will not send the result of PTET 2019 through post or any offline medium. However, the information about the release of the result will be sent via SMS. The message will be sent on the same number, which candidates provided while submitting the application form.

Rajasthan PTET 2019 was held on May 12, 2019. The exam was held offline for admission of the candidates in B.Ed. Course, in the college of the Rajasthan. It was expected that the answer key of the candidates will be released first. However, the news for the release of the result started making rounds.

Since Government Dungar College has not released any official notification for the release of the result, there is a possibility that it might not be released today. However, the local newspaper in Rajasthan are given first hand information about the state level examination. Hence, there is a high possibility that the result will be announced today.

Stay with Aglasem.com for more updates on Rajasthan PTET 2019 result. If you have any queries, leave a comment below.