Previously, PSEB had decided on conducting the Class 12 boards exams for three core subjects in each stream once the coronavirus situation stabilises in the country. 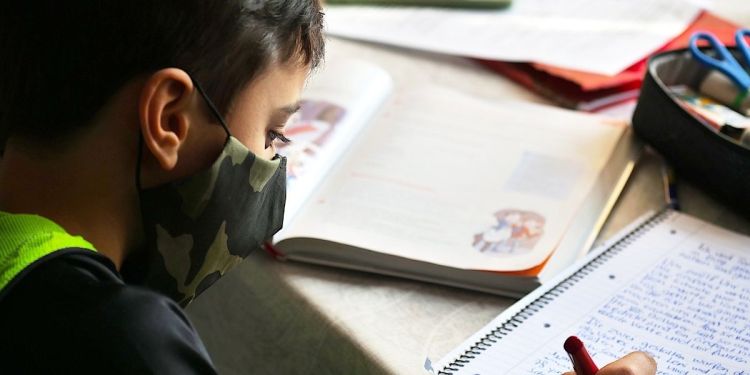 Punjab Secondary Education Board (PSEB) yesterday, June 20, 2021, announced the cancellation of the Class 12 boards exams amid the COVID19 pandemic. This comes as a surprise as Punjab was one of the few states other than West Bengal and Karnataka that were adamant about conducting offline exams for Class 12 students. However, the state board has now decided to evaluate students based on CBSE’s assessment criteria.

As per reports, a total of 3,08,000 students who were scheduled to appear for state board exams this year will be evaluated based on CBSE’s criteria.

Central Board of Secondary Education (CBSE) had taken a similar decision on June 01, 2021, to cancel the Class 12 board exams. This decision was taken after a review meeting conducted by Prime Minister Narendra Modi. Previously, the central education board was venturing into the possibility of conducting board exams. Punjab was one of the states to support this decision of the union government. However, CBSE surprised everyone and took the cancellation path. The same instances have taken place with PSEB.

Yog Raj Sharma, the chairman of PSEB, had previously stated that the Class 12 board exam question papers are ready. These question papers along with answer sheets had already been made available to 2,600 across the state. The state board was also planning on holding board exams for three main subjects from each stream. However, PSEB was yet to decide on a concrete exam schedule due to the COVID19 pandemic.

This year, approximately 3.08 lakh students were appearing for the Class 12 board exams as and when the situation became conducive. PSEB had further reassured that all safety protocols and social-distancing norms shall be followed at every examination centre. However, other than exam schedule, the board had not decided the major subjects for conducting exams. Moreover, even the process of formulating marks based on the three subjects was also unclear.

With so many variables involved in this decision, students were anticipating the board to cancel the Class 12 boards exams. And to their good fortune, PSEB announced their cancellation decision today. Students shall be evaluated using the 30-30-40 formula. Class 10, 11 and 12 marks shall be considered for assessment. However, for students who changed their stream after Class 11, their Class 10 and 12 marks along with internal assessment marks shall be considered.

The Punjab state education board had previously cancelled the Class 8 and 10 final exams due to the rising cases of COVID19. Class 8 results were curated instead of offline exams based on a “continuous, comprehensive evaluation”. Class 10 students were evaluated based on their performance in internal assessments. A similar approach is expected in the case of Class 12 students.