No NEET 2018 for Open School and Private Candidates The Medical Council of India (MCI) has crushed the medical dream of thousands of students. Unfortunately, the candidates from Open School and Private are now not eligible to apply for the NEET 2018. The news was confirmed through the official notification for the exam, which released today. 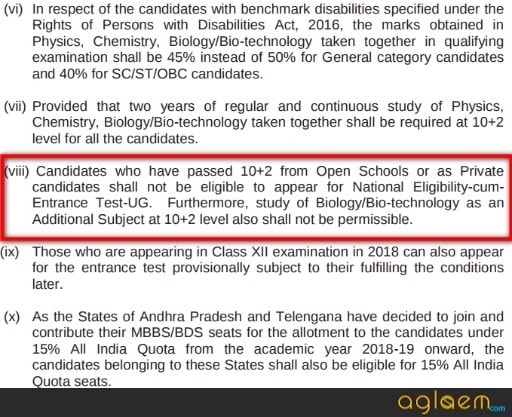 The grounds on which Open Board and the Private candidate has been debarred from the only medical entrance exam is not too firm. Medical Council of India has evaluated that the students of the respective Board are not at par with the regular school student. The Council further justifies its decision by stating that the curriculum of NIOS lacks practical education but the in the year 2012, it was MCI itself which included the Board.

Furthermore, as per the new eligibility criteria, of Biology/Biotechnology as an Additional Subject at 10+2 level also shall not be permissible. If AYUSH admissions are also held through NEET then these candidates cannot think of a career in respective AYUSH field as well.

The decision is receiving backlash from people of all walk because it is unjust. The quality of medical education in India will not be better by banning candidates. Last year, 2 lakh candidates registered for NIOS exam and of it 3000 appeared for NEET. Out of these, there were 864 candidates who did qualify NEET. For sure 864 is not a small number.

We ask, why not let these candidates apply for NEET 2018? If they are not good enough, they will not qualify the exam. MCI could have also provided prior notice to NIOS for including practical education…

…but no, MCI simply decided to smash the dreams of these candidates. This clearly shows how we have differentiated students in two categories. The students from the Open school will not be able to cope up with the standards of regular students seems to be just a reason to sideline the Open School from NEET and to cover our own sins. It is no secret how corrupt and unmanaged MCI is. The degraded medical standards are the result of ignorant and unscrupulous mannerism of the Council.

But who is at loss? It is always the loss of students. What’s worst is that MCI takes such step, by stating that it wants to give the best doctor and improve the medical education standard. The Medical Council which is not even sure about its own existence, frankly, cannot take wise decision for making the future of lakhs of candidates. Disbaaring Open school students from NEET is one of the best reasons of why MCI should be replaced. 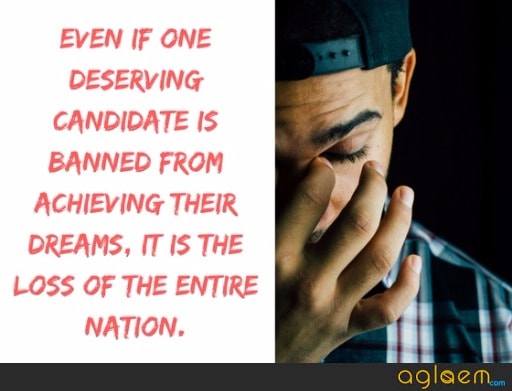 On one hand, we promote education and tell the students to believe in their dream as one day they will come true. While on the other hand, we put up an invisible boundary around them and force them to not go beyond it. Why do we need to put the students always on the edge?

The education system can be improved not by banning students but making them learn. Everyone should get an equal opportunity to work for their dreams. What is view on the matter? Is it unfair that Open School and Private candidates are not allowed to appear for NEET 2018 or is it right? Let us know in the comment section below.

Significant Rise in Applications for EFLU admission 2018; Admit Card to Be Issued on 16 Feb

Significant Rise in Applications for EFLU admission 2018; Admit Card to Be Issued on 16 Feb