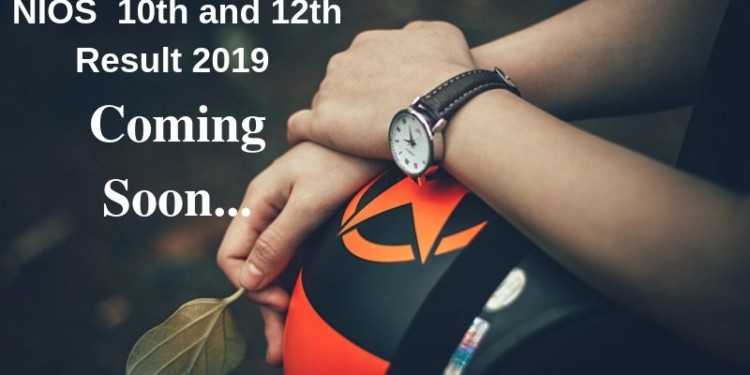 NIOS Class 10th, 12th Result 2019 for April session is going to announce soon. National Institute of Open Schooling (NIOS) has uploaded the link of the result with ‘Coming Soon’. It means that the link is not yet active. NIOS officials have not confirmed any time of the result. Thus, it is expecting that the result will be out at any time.

NIOS secondary (class 10th) and senior secondary (class 12th) result 2019 will be available on its official website- nios.ac.in. To check the result online visit its official site first. Click on the link of the result available. A login window will appear on the screen. Here you need to enter your enrollment number and the captcha code in the space provided. After the successful submission of the details, your NIOS 12th Result 2019 will appear on the screen. Check out your result carefully and download it for further assistance.

National Institute of Open Schooling (NIOS) conducted the class 10th and 12th examinations twice a year. One in the month of April and the other in the month of October. Here we are with NIOS 12th Result 2019 for the April session.

This year, NIOS has conducted the examinations for the April session from April 03 to 29. After the completion of the examinations, the students have received their result online. Last year NIOS has released the result for class 12th and 10th on June 01 and 04 respectively. While this year, NIOS has delayed the result. The excitement among the students is at the next level. Students are eagerly waiting for their result.

After the declaration of the result, all those students who are not satisfied with the marks obtained will also able to apply for the revaluation or rechecking. The applications for the same will be provided by the NIOS soon.

National Institute of Open Schooling (NIOS) is the open school board conducted the class 10th and 12th examinations at the national level. All those students who are not able to continue their studies with their regular boards can complete their academic education from NIOS too. The certificates provided by the NIOS are equivalent to the certificates provided by the reputed boards such as CBSE and CISCE. along with the secondary and the senior secondary examinations, NIOS also conduct the on-demand examinations in order to get passing marks in the desired subjects. NIOS is the national open board. Annually more than lakhs of students have appeared for the exams under NIOS.