Supreme Court has given a time span of 24 hours to the NBE, NBC and the central government to restore the old exam pattern of NEET SS 2021. 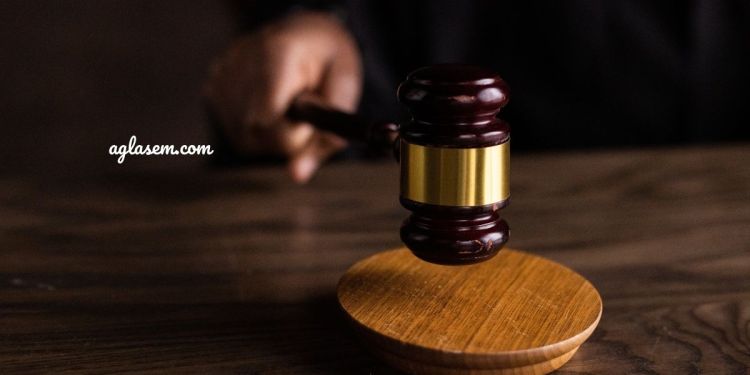 The NEET SS 2021 exam pattern debate that has been in news for some time, has finally found a verdict with Supreme Court quashing the new pattern introduced. The Court criticized the latest decision of the central government and regulatory bodies regarding changes in the NEET SS 2021 exam at the last moment.

The Supreme Court in clear sentences has accused the bodies of playing with the careers of NEET Super Speciality 2021 aspirants, just for the sake of providing benefits to private medical colleges. In its landmark judgment, SC has given only 24 hours to NMC (National Medical Commission), NBE (National Board of Examination in medical sciences), and the government of India to restore the old exam pattern for the NEET SS 2021. It further said, that whatever changes have been suggested shall be applicable from the year 2022 onwards.

The bench comprising of justice DY Chandrachud, Vikram Nath, and BV Rangrath quoted that, “You can’t be causing prejudice to the students. If there is a sense of Obdruacy, the arms of law are long enough to deal with the obduracy. We have given you time till Wednesday to reform. NMC and NBE are not doing any favour to the students. We are giving you an opportunity to correct yourself”

The centre received severe backlash as SC questioned the intention of changing the exam pattern in the 11th hour. The court further dismissed the theory of government, citing vacant seats in the medical colleges. The court said that the issue of the vacant seats is never a worry for the government colleges, it is applicable for private colleges only. Even though the private players have invested a lot to provide super speciality courses but, changing the exam pattern 2 months prior to the examination is not a great way to fill the vacant seats.

The court also questioned the proposed exam pattern according to which 100% questions would be asked from the general medicine. It said that this proposed exam pattern is acting as a kind of privilege to the students who have studied general medicine. At the same time, it is against the students who have pursued speciality courses in their master’s. This move is intended to just tap the general medicine students and fill the vacant seats with the private college. The court issued a strict remark that even though private colleges have made an enormous investment but this attitude can be harmful to the students.

At a point, SC pointed out that they are been made to believe that medical education is been turning into a business. However, this is not acceptable as medical students are the torchbearers of the future. If the regulatory bodies do not abide by the changes suggested then the court is well equipped to provide justice to the students.