Hailing from Uttar Pradesh, and a student of Allen Coaching Aman did most of his preparations for the NEET UG 2021 exam from Kota. 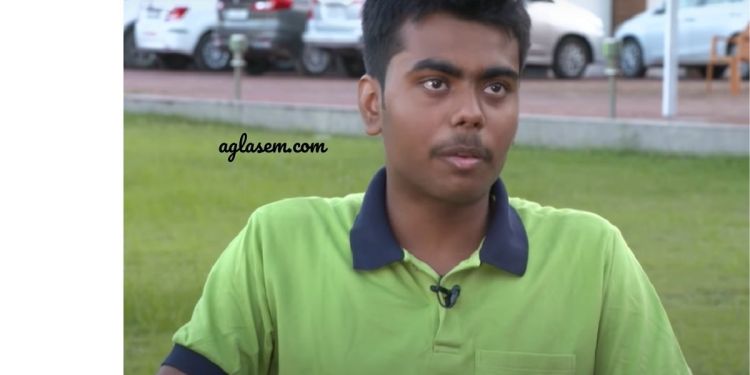 Aman Tripathi, a student of Allen Institute, Kota made history when NTA declared the NEET 2021 result yesterday. Hailing from a small village of Uttar Pradesh, scoring AIR 4 after taking a drop for a year was not a cakewalk for him as well. He had given his hard work and determination for this exam and that is evident from the score of 716 out of 720 marks.

In a recent interview given to a leading daily, Aman revealed that he realized the importance of NCERT books during the beginning of his preparations. Last year when a nationwide lockdown was imposed in the country citing Covid-19, Aman chose to stay back at Kota. He said that the air of Kota has a sense of competitiveness citing which he was able to top the exam.

When asked about how he felt when he got to know about his result, Aman replied that he never thought he would make it to the Top 5. However, at this moment he is happy and proud of his achievement. Aman also shared that he never followed a systematic way of studying as it hampered his overall concentration. Rather, he used to set up goals daily and made sure that the goals have been completed on the same day. Aman’s father also looked a bit sentimental about his son’s success and he shared that he is extremely proud and delighted of Aman’s achievement.

Not many know that Aman has dropped a year for achieving this rank, he has appeared for the NEET 2020 exam too. However, he was dissatisfied with his rank and marks and therefore he decided to give it one more shot. It was his self-trust and confidence regarding his preparations that have made him a NEET 2021 topper. Aman dedicated his success to the faculty of ALLEN institute and said that the teachers and management were very supportive during his preparation. He further said that he was motivated by the inspirational videos put up by faculties of the coaching institute to fight the negativity and uncertainty citing lockdown.

Aman has been at the receiving end of immense love and motivation by students on social media. A lot of students who have been planning to take a drop just like him are taking inspiration from him to get success in the upcoming examination. Students are also tagging Aman as the real topper owing to his dedicated hard work and dedication for the NEET 2021 exam.

SBI SO Admit Card Out Today at sbi.co.in; Where and How to Download